IN a significant step towards automation of manual processes in the feedlot industry, a prototype bunk scanner has been developed to determine the quantity of feed remaining in cattle feed bunks to help boost productivity and profitability.

Assessing the quantity of feed remaining in cattle feed bunks is critical to optimising carcase weights and preventing digestive disorders, while also managing the efficiency of a feedlot’s feed consumption.

The prototype bunk scanner has been developed as part of a new Meat & Livestock Australia project at the request of the Australian Lot Feeders Association’s R&D Committee, funded through grainfed levies.

“The objectives of bunk management are to consistently maximise feed intake, while minimising feed wastage and digestive disorders such as bloat and acidosis,” Dr McMeniman said.

“This project aims, for the first time in the world, to determine both the precision and accuracy of humans to estimate feed remaining in feed bunks compared to the prototype vehicle-mounted bunk scanner,” he said.

Automation and robotics solutions company, Manabotix, has developed a prototype vehicle-mounted bunk scanner, which has been undergoing in-field trials at Mort & Co’s Grassdale Feedlot on Queensland’s Darling Downs. The results to date have proved promising. Results from the project will be published in late March, with the commercial technology available for feedlot adoption by mid-2018.

“The Australian feedlot industry has identified automation of manual processes as a key research and development priority. Future R&D will explore using information from the bunk scanner to develop algorithms to feed cattle,” Dr McMenamin said. 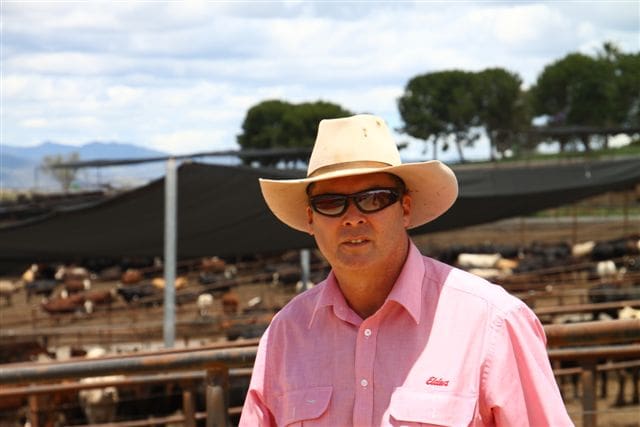 “The feedlot sector is continually looking for incremental productivity improvements and this technology has the potential to streamline our bunk management process and deliver precision feeding of cattle,” Mr Fitzgerald said.

“We have on-board positioning solutions so we know very accurately where the vehicle is in a world coordinate system, and we also have an on-board attitude solution so we can account for any vehicle roll and rock and any other dynamic events to improve the quality of the signal,” Dr McCarthy said.

“The scanner has an on-board computer which takes in all of the information measured as it travels along the bunk. It predicts how much feed is remaining and then it publishes the result at the end of measuring each bunk. It can work in day and night conditions.

“The bunk scanner is more accurate and precise than humans, and that’s from slick bunks all the way up to masses of more than a tonne of feed. The system is highly repeatable and we are calling on average within 5% of the actual amount of feed remaining in the bunk.”

To watch a video of the prototype bunk scanner in action click on the link below.