Wrestling with the cattle welfare challenge in Vietnam 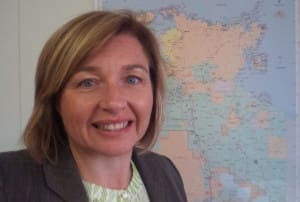 The spectacular growth of Australian cattle exports to Vietnam is expected to slow in coming months as the industry looks to consolidate and strengthen animal welfare systems in the country.

Addressing a field day in North Queensland last Friday, Australian Livestock Exporters Council chief executive officer Alison Penfold gave a frank and direct account of the challenges exporters are facing to keep welfare standards up to pace with the blistering growth of demand in the market.

Vietnam has been one of the shining lights of Australia’s livestock export trade in recent years, growing from imports of 66,000 head in 2013 to 181,000 head last year. Vietnam imported a record 37,500 cattle for the month of January 2015 alone.

However, meeting the demands of the rapidly growing market while ensuring the requirements of the mandatory Exporter Supply Chain Assurance System are upheld, remains a major challenge for the industry.

More than 80 abattoirs have now received ESCAS accreditation in Vietnam, ranging from small family owned abattoirs in the country’s north handling 5-10 cattle per night, to large, recently-built abattoirs in the south, handling 50-100 head per night and supplying butchers with boneless beef for sale in wet markets.

Ms Penfold said exports to the market were expected to slow in coming weeks and months, due to the large number of slaughter cattle currently in the system, constraints on price and the suspension of a number of accredited facilities due to animal welfare and unapproved supply problems.

The meeting was “a frank, direct and no-holds-barred discussion” reiterating the imperative importers face to meet ESCAS requirements and the consequences for animal welfare abuses and supply chain leakage.

It was no secret, Ms Penfold said, that there had been problems with Australian cattle moving outside approved supply chains in Vietnam.

A number of self-reports had been made by exporters, with particular concerns surrounding concentrated areas of slaughterhouses being attracted by black market activities.

Ms Penfold did not shy away from describing the fate that can await Australian cattle if they are illegally sold outside of an approved supply chain in Vietnam.

“We know that welfare outside of supply chains falls well short of suitable, appropriate and humane standards.

“I want to be direct and open with you of what practices you will see in local facilities that are not part of ESCAS supply chains.

“Despite a government crackdown, cattle are regularly flooded, that is, forced to consume large volumes of water delivered to the rumen by hose several times in the hours prior to slaughter.

“It is done because it is believed that it will add weight to saleable meat but causes horrific impacts on the welfare and health of animals and reduces meat quality and safety.

“Cattle outside of ESCAS supply chains are also likely to be subjected to stunning by sledgehammer.

“Subduing cattle in this manner to make them easier to handle is not intended as a cruel practice but it simply is.

“Cattle may be repeatedly beaten if the initial stun is ineffective causing severe pain and distress.

“The use of this method of stunning reflects the very basic levels of infrastructure in many family run establishments where slaughter boxes and stunning equipment, even simple cash knockers, are too expensive to purchase.”

ESCAS a ‘clunky and complex’ system that takes time

Ms Penfold said ESCAS was a ‘complex and clunky system’ that did not recognise trade flows, and it took time to bed down understanding of its requirements in new markets.

It was essential that industry stakeholders continued to ensure supply chains were robust and that ongoing support, oversight and training was supplied.

While the industry has strong prospects for future growth, the biggest potential threat to its ambitions was its capacity to take the Australian public along with it.

For that to happen the industry had to demonstrate to the community that it will deliver on its promises, and importantly, that it will continue to be responsive to community concerns.

This included providing transparent answers and putting in place credible performance measures, such as through the development and adoption of objective and measurable indicators of animal welfare along the supply chain, which the industry’s research programs are currently working on.

“Finally and simply, we must tell the community what we stand for,” Ms Penfold said.

“Something we have not done well which leaves others less favourably inclined, like the current bus and billboard campaign in capital cities, to do it for us.”

All eyes on Indonesia’s Q2 permits 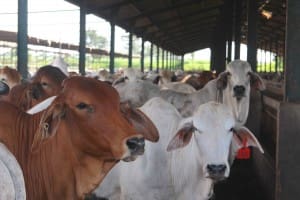 After increasing imports to 730,000 head last year, a return to “ultra-nationalism” by Indonesia’s new administration is again driving uncertainty around permit volumes for the remainder of 2015.

All eyes are focused on the permit allocation for the second quarter which are due to be announced within the coming fortnight.

Indonesia’s new Government once again appears to be putting political aspirations for self-sufficiency ahead of the need for carefully managed food security.

“Food security which is best served by the strong synergies between Australian cattle production and Indonesian fattening capacity has been replaced by a frenzy for self-sufficiency,” Ms Penfold said.

“Counting hooves not heads to determine domestic number and import quota will not serve the Indonesian consumer well and expectations of price rises to 150,000 Rupiah a kilo are valid.

“This is what happens when the government artificially intervenes and constrains supply forces in the face of strong and growing demand.”

Australia’s industry was a genuine and committed partner to Indonesia’s food security objectives and was determined to constructively engage with the Indonesian government and to work with its customers in Indonesia.

Ms Penfold and ALEC chair Simon Crean visited Indonesian politicians and industry representatives to discuss possible solutions to the challenges exporters and importers faced, and would meet again with them in early April.

Australia exported a record 1.29 million head of cattle last year, drawn from a much wider geographic area than usual.

That provided more opportunities for producers, particularly in Queensland, to harvest better prices for their cattle, and it meant many producers sold cattle to live export for the first time in 2014.

Ms Penfold told last Friday’s audience of NQ cattle producers that ALEC has written to new Queensland agricultural minister Bill Byrne with a simple message – that it would be a shame to see further opportunities for growth in Queensland limited.

“Our message is simple,” she said.

“We do not threaten local jobs.

“While cattle exports helped open up much of Northern Australia, the future for the Queensland cattle and beef industry will continue to be underpinned by red meat exports – both boxed product and live animals.

“This is not an either or – i.e. boxed or live – proposition.

“Markets want both and Australia is in a position to supply both.

“Any action that would affect the live trade would be detrimental to farm gate returns for producers (and) could negatively impact on Australia’s image and sovereign risk.”