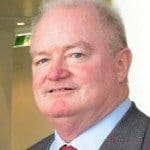 Mr Wade has more than 30 years in the cattle industry having successfully established and run his own stock agency (Watkins & Co, Roma, Queensland). He then moved to become livestock manager for Landmark with responsibility for the company’s livestock division across Queensland and Northern/Central NSW, so he has wide experience and good working knowledge of the live export industry.

“Wellard appointed Brendan because he is highly regarded by family cattle producers, corporate farmers and other supply chain participants. We believe he is the right person to lead our operations team as well as a great relationship manager with the stock agents and producers who supply cattle to Wellard,” said Wellard CEO Mauro Balzarini.

Brendan has been a director of AuctionsPlus Pty Ltd and Landmark Real Estate. He has also served as national president and Queensland chairman of the Australian Livestock & Property Agents Association.

“Live export is an important part of the livestock business and its growth path is reflecting the enormous potential the industry possesses,” Mr Wade said.

“The markets Wellard has been developing, and continues to develop, are demanding Australian cattle so they can provide protein to the population as well as value adding opportunities for local industries.”

Scot Braithwaite will take on the role of chief business development officer for Wellard, another significant leadership position in the company, as it seeks to grow its business throughout Asia and the Middle East.

“Scot will be focussed on extending our presence in key growth markets such as Turkey, Israel and China, while ensuring our business into Indonesia remains the backbone of our operations,” Mr Balzarini said.