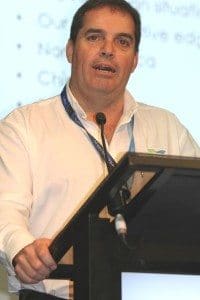 Wellard CEO Mauro Balzarini announced this week that after four years in the role, Mr Troncone will be taking a break to spend time with his family before moving onto some consulting work, including providing some ongoing advice to Wellard on a variety of projects.

“I am proud of what the Wellard team has achieved in the past four years and I feel privileged to have been given the opportunity to lead a group of people who are so passionate and professional about their work,” Mr Troncone said in a statement issued by Wellard confirming the announcement.

“Our team’s uncompromising focus on animal welfare has set new standards that enhance the strength and reputation of our company and our industry.”

“Wellard is in great shape to keep providing Australian producers with access to existing and emerging international markets for quality Australian livestock and meat.”

Mr Balzarini will take over some of the roles left vacant by Mr Troncone’s departure with Feeds, Meat and Europe & America’s divisions now reporting directly to him.

“The systems and processes that Fred established helped the company through a period of growth and those benefits will last for the long term,” Mr Balzarini said.

“The Trading division is Wellard’s largest subsidiary and Fred has taken this division and professionally driven it to the next level and I thank him for his substantial contribution.” 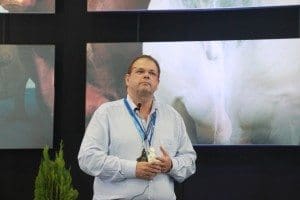 As part of the restructure, Wellard’s Asia Business Development Manager Scot Braithwaite will assume an even greater role within the Company as Chief Operating Officer.

Responsibility for Middle East trading is passed on to Domenico Bazzoni, who will manage it in conjunction with Europe and Americas from the company’s Italian branch office.

The Breeding and Dairy Export division, headed by Colin Webb, will relocate to Melbourne to be closer to the traditional supply areas Wellard has been sourcing cattle from to meet demand for dairy and beef breeding cattle.

Compliance and export licence duties as well as industry representation will be assigned to Brad Gosling, who has already worked closely with Mr Troncone, and David Jarvie a 25 years veteran in Wellard.

“Thanks also to Fred’s work, Wellard is now ready to keep on progressing with some more interesting initiatives coming online soon and it is fortunate to possess a dedicated team who are working hard to drive market global opportunities and the supply of clean, healthy livestock and meat for international consumers,” Mr Balzarini said.