The Al Messilah pictured in Fremantle in 2017. Bahnfrend, CC BY-SA 4.0 via Wikimedia Commons

THE Western Australia Department of Health has re-located 25 crew members from the MV AL Messilah livestock carrier into quarantine isolation at Fremantle today, after yesterday returning positive tests to COVID-19.

The Kuwait Livestock Transport and Trading Company-owned vessel docked at Fremantle last Thursday and the following day a crew member tested positive to COVID-19 following a doctor’s appointment for an unrelated ailment and was recorded as COVID-19 positive on Friday 16 October.

Testing of the remaining 51 AL Messilah crew has since confirmed 24 additional positive cases.

The 24 positive cases remained on board the vessel according to the WA Department of Health. The initial positive COVID-19  crew member  is in a State-run hotel quarantine. The remaining crew members are being moved into quarantine isolation today.

It has since been reported by media today that two Australian crew members – a male veterinarian and a female stock handler – were able to disembark the ship before the  outbreak was detected on board.

One flew to NSW and the other travelled to a property in WA to self-isolate, according to the West Australian.

Health Minister Roger Cook told media both Australian crew members have been tracked down by authorities and have tested negative to coronavirus, and are both in quarantine.

Mr Cook said that at the time the two crew members disembarked there was no indication from the ship’s captain that the Al Messilah had potential cases of COVID-19 on board and the crew members had no systems.

Both Australian crew members had spent more than six months at sea aboard the vessel prior to their arrival in WA, having been unable to disembark at foreign ports in that time due to coronavirus restrictions.

Loading of the vessel has been delayed and there are no livestock is on board.

A positive coronavirus case has also been detected on board another ship in Fremantle, the bulk carrier Key Integrity. The remainder of its 19 crew members are being tested today.

A shipping issue, not a livex issue

Six ships have now recorded COVID-19 outbreaks after arriving in WA ports in the past six months, including four in the past month.

That two were livestock carriers – the KLTT owned Al Kuwait in May and the Al Messilah which last Thursday – has focused media attention on the livestock trade. 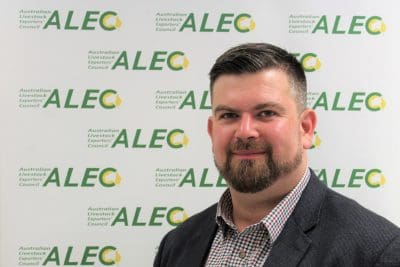 “It is about perspective with Western Australia having high shipping volumes across all industries, this really is more of a shipping issue, rather than a live export issue,” he said.

But he said this is an issue that needs to be dealt with, and we need a consistent national approach to managing the safety of crew disembarking from vessels.

Different rules applied in Australia not only in different jurisdictions but also at different ports, with usually no facility for crew changes in place.

“The WA Govt is saying we have to sort out our international arrangements for crewing vessels. The world has become increasingly reliant on sea freight, it is sea freight that is keeping the world turning, and you need crews to do that.

“We (livestock exporters) have got capacity and procedures in place for a contactless supply chain around loading and discharge.

“The frameworks are there, but there needs to be more consideration around what these crews are going through.”

WA Premier Mark McGowan described the continued arrival of ships carrying crew infected with COVID-19 as one of Western Australia’s “weakest links and the biggest risk to our way of life”.

“We have about 30 vessels arriving at WA ports each and every day which goes to show just how significant the risk is to our state,” he said.