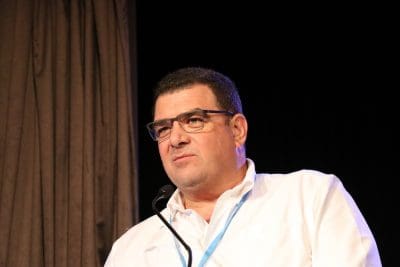 It is worth $1.8 billion a year and represents 10 percent of the Australian livestock industry’s export sales.

The live export trade has also played a critical role in opening markets that have grown to become significant markets for Australian boxed beef.

Korea today is a highly important market for Australian beef exports, but 20 years ago was a live export market which also took some quarter beef.

Yet, despite the significance of the role the live export plays in Australia’s livestock sector, Mr Strong said it was too often referred to as ‘somewhat removed or completely removed’ from the Australian supply chain.

“it is 10pc of our sales on an export basis and it is 8pc of the value of our production.

“It is unbelievably important for our industry and for our supply chains and plays an incredibly valuable role not just in the type of cattle it takes and from where it takes them, but in the total revenue and total value generated for the industry.

“And when you put it on a scale of where it actually sits in export markets, it is actually our number four market.”

Mr Strong said there was a lot of excitement and press two weeks ago around round five of Free Trade Agreement discussions between Australia and the European Union commencing.

The EU is Australia’s highest value market on a per kilogram basis and potentially could become a $1 billion market for Australia beef in time.

But for context it currently ranks as a market just 20pc the size of live export.

Live export was also larger than Australia’s sheepmeat exports to the US and China combined.

Mr Strong told the LIVEXchange conference it is time for the entire Australian red meat industry to rethink how live export is viewed.

“A viable live export sector is absolutely critical to our industry,” he said.

“As an industry and as a service organisation and as representative organisations and as a group of producers who are part of that, we have to be much more positive and collaborative and proactive about the way we actually work together and promote and support the industry.

“We have to be thinking about livex as an integral part of the supply chain of our industry.”