Ruralco has announced a restructure of its live export operations following recent sanctions involving shipments to Japan and Vietnam.

The Department of Agriculture cancelled Ruralco’s southern live export license on July 15 after a consignment of dairy heifers air-freighted by the exporter tested positive to Johne’s disease upon arrival in Japan in June.

Just three days later Frontier was named as one of two exporters suspended by the Department from delivering cattle to Vietnam, after allegations of mistreatment of Australian cattle triggered Departmental audits of all exporter supply chains in the market.

In a statement to the ASX this morning Ruralco Holdings announced a restructure of the operations of its subsidiary Frontier International Agri, following the cancelation of its southern live export license.

“This has resulted in the closure of the FIA’s Melbourne office and termination of all activities and staff associated with the southern business,” Ruralco’s statement to the ASX said.

“Costs associated with the restructuring are estimated to be in the range of $3m-$5m (pre-tax) and will be booked as a non-recurring charge to the FY 2016 results.

“The group has appointed Mr Will McEwin as Managing Director of the ongoing Frontier International Northern business. 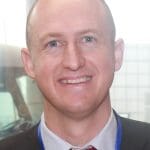 “Mr McEwin has significant experience within agribusiness extending across senior management positions within Australia and internationally.

“He has a strong understanding of strategy, business performance improvement and process development.”

Mr McEwin has been the Chief Financial Officer of FIA since its inception three years ago.

Ruralco is due to announce its Full Year 2016 results on November 15.

The same statement said the group expects its EBITDA to fall in the range of $40m-$44m for the year ending 30 September 2016.