The RSPCA is moving to make livestock exports a central focus of the forthcoming Federal Election campaign.

It wants the next Government to dedicate resources to a new national animal welfare framework; to work with industry to expand the share of Australia’s export trade represented by chilled and frozen meat, and reduce that represented by live exports; and to ensure no cosmetics sold or made in Australia have been tested on animals.

The RSPCA’s public campaign has been criticised by Queensland Nationals Senator Barry O’Sullivan, who said the group should dedicate more resources to tackling the rising number of domestic animal cruelty cases in Australia, rather than politicising and incriminating Australia’s livestock export trade.

He said Australia recently received an unacceptable ‘C’grade in the international Animal Protection Index which ranked countries according to their legislation and policy commitments to protect animals.

“We should be better than this,” Mr Humphries said.

“RSPCA Australia is strongly opposed to the live export industry because of the cruel treatment of animals on ships and in slaughterhouses overseas. Valued at an average $901 million, it represents a small proportion of our meat exports, which are valued at over $6 billion.

“RSPCA’s election policies are a direct result of the issues Australians talk to us about, and it would be wise for candidates to listen to them.”

RSPCA should focus on its own backyard: O’Sullivan 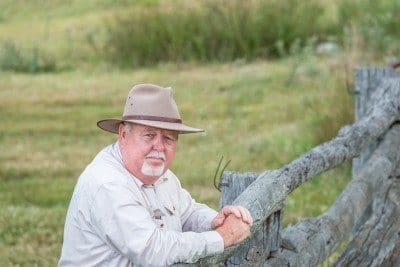 Instead of demanding changes to the successful ESCAS program, Senator O’Sullivan said the RSPCA should focus its energies on investigating the cause of the rising number of reports of animal cruelty against domestic pets and native wildlife across Australia.

“By the RSPCA’s own figures, it has investigated 221,222 complaints of animal cruelty against domestic animals and native wildlife since ESCAS commenced in 2011,” Senator O’Sullivan said.

“Between 2012-13 and 2014-16, the number of these complaints rose by more than 20 per cent. This is an alarming spike that the RSPCA should be investigating.”

“In that time there has only been 89 complaints of potential breaches of the ESCAS system, many of which were reported by the live export industry.

“It’s clear the ESCAS system is leading the world in the push to improve animal welfare standards.”

Senator O’Sullivan said the live export supply chain absorbed the cost to administer ESCAS, which is estimated to be between $50 and $100 per head, in order to ensure there were world-leading animal welfare practices in place.

“We know that all that would be achieved by banning Australian livestock exports is that animal welfare standards in the markets previously serviced by Australia would worsen,” Senator O’Sullivan said.

“We know that our live export markets have an expressed desire for freshly slaughtered meat. Australia cannot expect to prescribe market tastes in other countries.

“The live export industry is proving that ESCAS is working and now is not the time to tinker with a winning formula.

“There are serious cruelty issues closer to home that the RSPCA should be focussed on.”