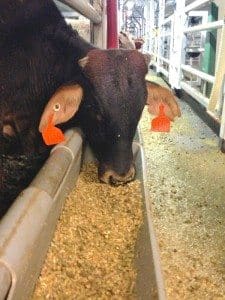 The RSPCA has accused the Australian Government of “forcing” livestock exports onto China, saying that pushing live animals into strong meat markets makes no sense.

The Australian Livestock Exporters Association in response says the animal welfare group’s position ignores China’s strong demand for live cattle and highlights the organisation’s lack of understanding of the changes occurring in the livestock export trade and China’s lot feeding and processing sector.

In a statement issued on Monday RSPCA Australia called on the Federal Government to stop forcing livestock exports onto Australia’s burgeoning beef markets, and concentrate instead on growing Australia’s high welfare, high value beef export trade in those countries.

“China now imports more beef in a month than it did for the entire 2011 calendar year; sending live export animals into these markets is completely unnecessary,” said Heather Neil, CEO RSPCA Australia.

“This exponential growth is being driven by a rapidly expanding middle class, that by 2030 will number an estimated one billion; this group demands food safety and quality, characteristics for which Australian beef is famous.

“There is absolutely no need to compromise the lives of Australian animals by sending them on a cruel live export journey to destinations where their welfare is not assured when international markets are literally eating up our clean, green beef.

“Rather than a forced deal, the recently agreed health protocol with China for Australia live feeder and slaughter cattle is a joint agreement between the Governments of Australia and China, and responds to significant commercial interest on both sides,” Ms Penfold said.

“With Chinese demand for beef expected to increase with compound growth rate of 2.5% per annum until 2030, it is not surprising that China would seek to source livestock and red meat from Australia with a reputation for healthy livestock and reliable supplies.

“The Government of China has in place public policy settings that are focused on the development of an industrialised beef production sector and increasing production scale as well as reflecting increasing complexity in consumer markets. It therefore makes sense for Australia to export both live animals and boxed meat to maximise our nation’s potential in supporting China’s food security needs.

“The health protocol provides market access as part of the Australian Government’s total efforts to improve market opportunities for the Australian red meat sector and provide increased returns to producers.

“The recently concluded FTA’s with China, Japan and Korea will provide significant benefits to the sector and will help support further growth in opportunities for the exports of red meat.

“Unlike the RSPCA, we congratulate the Government for having a whole of red meat sector focus on improving market access which provides opportunities and benefits right along the supply chain.

“We also note the recognition from that Australian exporters have received from the global organisation for animal health, the OIE, for exporting our animal welfare, handling and slaughter expertise through training of over 8000 people in 19 markets.  This is expertise we will bring to our work in establish supply chains in China.”

Ms Penfold also responded to the suggestion that the live export journey is somehow cruel.

“While we have not yet reached our goal of 100% delivery rates, the latest 2013 National Livestock Export Industry Sheep, Cattle and Goat Transport Performance Report showed that of the 840,000 head of cattle exported, some 888 head unfortunately perished on the journey.  That equates to a deliver rate of 99.83% of cattle exported.

“Australian exporters have long recognised the importance of the ensuring systems support good welfare while animals are on boats or in the air.  This area has long been a major focus of our research and extension program as part of our commitment to continual improvement of onboard environmental conditions.”

The transport of livestock is regulated by the Australian Government under the provisions of Marine Orders 43 and the Australian Standards for the Export of Livestock.  All livestock on sea voyages have access to feed, water, space to move and lie down and the care of either veterinarians or trained stockmen.

“The Government must focus its energies on growing the meat trade on a global scale, making it as profitable as possible for our producers and ensuring the welfare of our animals at the same time.”