Exporter invests over $7 million in animal welfare since ESCAS SOME rare insights into the operations of livestock exporters and the regulatory environment in which they operate were provided during a panel session at the LIVEXchange conference in Townsville last week.

Mainstream media coverage of Australia’s live export industry typically occurs only in moments when negative outcomes are reported, with little focus on the amount of regulation over, or investment in, animal welfare systems that underpins the trade’s operations on a daily basis.

It may surprise people with little direct knowledge of the industry to learn, for example, that one livestock exporting company alone has invested more than $7 million on staff, animal welfare related infrastructure, traceability technology and training since the introduction of the Exporter Supply Chain Assurance System in 2012.

A panel session facilitated by rural communications specialist Stacey Wordsworth at the LIVEXchange conference last week delved into the experiences of four representatives of livestock exporting company AUSTREX, who work at different points of the supply chain from farm gate to shipping to end point customers. 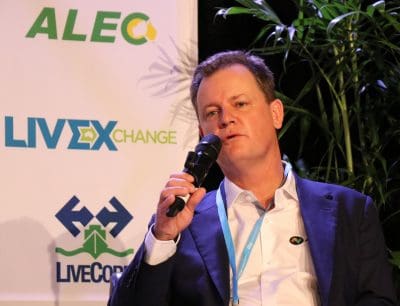 CEO Justin Slaughter was asked to describe the various state, national and international regulations that livestock exporters work under today.

Included are a range of State and Commonwealth codes for animal welfare, Australian Standards for Export of Livestock (which cover the export of livestock farm gate to discharge in the market), the Exporter Supply Chain Assurance System (ESCAS, which requires exporters to trace every animal from discharge through to point of slaughter in the destination market), Australian Maritime Safety Authority regulations and codes of conduct for vessels exporting livestock, and individual health protocols of each importing country.

AUSTREX general manager of northern operations Jake Morse explained that the company aspires to out-perform the already world-leading Australian -country supply chain standards-in animal welfare and husbandry throughout its supply chain.  He said that AUSTREX will not supply livestock to a new import customer until a process of deep due diligence is conducted to understand their ability to comply with Australian animal welfare standards. 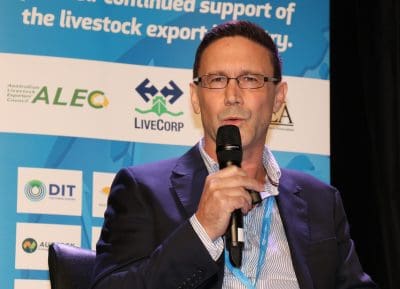 During the growth of the Vietnamese market in recent years exporters were receiving dozens of inquiries a week from potential new customers wanting to buy Australian cattle.

“We just didn’t rush in, we were careful and went through the process to select certain customers that we felt we were aligned with in relation to animal welfare outcomes and that we could deal with long term.”

Despite those efforts, things can still go wrong, as they can in Australia, he said.

Mr Morse relayed an experience from some years ago in which the company had received word that Australian cattle it had delivered into a supply chain in Vietnam had been seen outside the supply chain.

“We have teams of people on the ground and straight away we sent people to follow trucks covertly from that feedlot and found those cattle did go outside the supply chain. 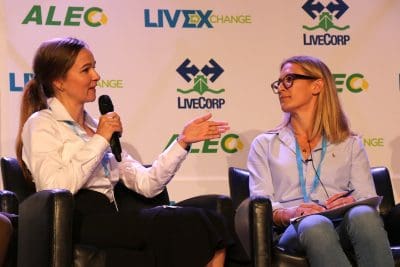 “Their day to day roles include site visits and the training they do, training is a huge portion of their role.

“The investment Austrex has made in ESCAS since the start has been $7 million, and that covers infrastructure, training, technology and staff.

“Since ESCAS has started there has been a real shift in the industry – before it was a much more a trading business.

“Now it is ESCAS before sales, we choose our customers very wisely.”

AUSTREX Northern Operations Manager Libbi Thompson said exporters must comply with Approved Arrangements with the Department of Agriculture for each voyage, a process which is audited by the regulator. 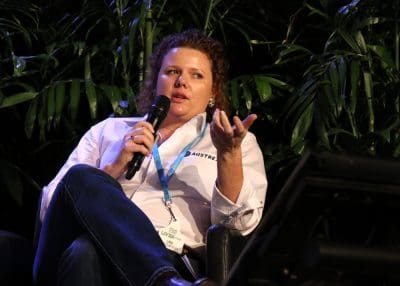 Any cattle that arrive at the pre-export quarantine depot that do not fall within standards for export “simply don’t go”, she said.

“It is actually quite rare, we don’t have a lot of incidences of it, which is fantastic.”

Mr Slaughter said the focus was on “continuous improvement”.

“In our view continuous improvement starts with acknowledging there is a challenge. If you are transparent about that challenge it is a capacity building exercise which allows you to improve,” he said.

“The reality is there are challenges when you are in developing countries and supply chains, we have to continually work together and be open about the challenges we’re facing and what we’re trying to do to improve.

“There is much for Australia to be proud of in what is being achieved and that is what ESCAS is all about.’