Qld to investigate introduction of lay pregnancy testing of cattle 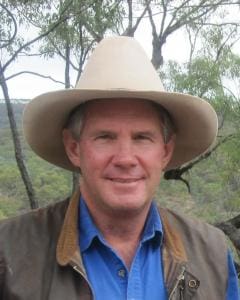 Queensland’s peak livestock industry representative organisation is stepping up calls for the state Government to allow lay pregnancy testing in the state.

And the Queensland Government looks to be responding, with a new public consultation process expected to commence soon.

AgForce cattle president Bim Struss said pregnancy testing is a key herd management tool that can help producers to lift fertility rates and in turn the productivity and profitability of their enterprises.

However, he said, it could often be difficult and expensive for producers to have their cattle professionally tested in required timeframes, particularly in remote areas.

Queensland producers were also at a competitive disadvantage to their counterparts in Northern Territory and Western Australia where pregnancy testing by non-veterinarians is allowed and has been for years.

“That’s why AgForce has been working on reducing regulation to enable lay pregnancy testers to practice in Queensland,” Mr Struss.

“Let me be very clear – this is not about taking away business from vets or reducing standards.

“It’s all about ensuring there is increased access to reliable and cost effective pregnancy testing across Queensland.”

“We are determined to develop a system that satisfies producers, industry stakeholders and the broader community.

“We have been and will continue to work with the Australian Vet Association, the Cattle Vet Association and the RSPCA to ensure the program meets expectations and the highest standards of animal welfare are achieved.”

“Only last week a report by the Australian Farm Institute highlighted that our nation’s beef cattle live exports are worth about $1.35 billion a year and global trade had more than doubled in value over the past decade.

“As trade grows, pressure on our sector to remain competitive is greater than ever.

“While Queensland’s cattle herd is currently at a low ebb after years of drought, we want to have this in place before it returns to normal levels by 2020/2021 so producers can take full advantage and our industry can continue to grow strongly.”

The Australian Cattle Veterinarians does not support moves to allow lay preg testing, and are concerned about declines in pregnancy testing outcomes, and the implications that can have for animal welfare in the live export supply chain.

The Australian Cattle Veterinarians supports the accreditation of veterinarians under it’s own PREgCHECK  program(formerly the National Cattle Pregnancy Diagnosis Scheme), which it says is the most robust pregnancy diagnosis assurance scheme in Australia.

Accredited members have to demonstrate their ability to manually detect pregnancies down to 42 days, and accurately estimate gestational age.

Pregnancy testing services are an important source of income for qualified veterinarians who choose to practice in remote areas. Professional vets are also concerned that if such services are outsourced to lay people who can specialise in that single skill, it will remove a key source of income for local vets, which in turn would threaten to erode the viability of their practices and lead to fewer professional vets operating in remote areas.