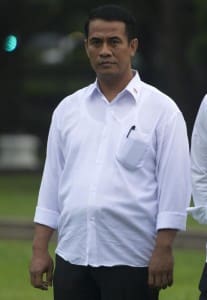 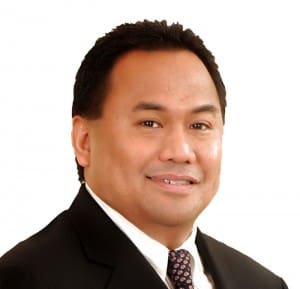 The new ministry announced earlier this week by Indonesia’s recently elected president Joko Widodo, or Jokowi as he is known, may open new opportunities for Australian businesses to access markets in a number of industry sectors including agriculture.

That’s the assessment of Ross Taylor, president of the Perth-based Indonesia Institute, who says the appointment of two prominent business people to the portfolios of trade and agriculture “is a good start”.

Mr Taylor said that under the previous minister, Mr Suswano, agriculture actually failed to achieve any real benefit for Indonesian farmers and growers and the minister created barriers to encourage foreign investment in the sector.

“Indonesia has over 45 million people working in the agriculture  sector”, said Mr Taylor, “yet most generate incomes that would be considered as subsistence farming. Indonesia must improve productivity within this sector urgently to ensure Indonesia can even feed its own
people yet alone develop a food export industry”.

Mr Taylor said he hoped that under the new agriculture minister, the  cattle industry in Australia should be able to forge ahead in developing close partnerships with Indonesian business operators so that the two countries get away from what Mr Taylor describes as an outdated, “we sell, they buy” mindset.

“Indonesia has some of the most fertile soil in the world. That, combined with ample rainfall, abundant labour and excellent access to regional markets makes our northern neighbour perfectly placed to not only produce enough food for its own people but also as a major seller into third country markets. But they need the IP and farm management expertise that we take for granted here in Australia”.

Mr Taylor argued that it was “crazy” for Indonesia to even have considered turning perfect food growing land into cattle breeding country. “The current model is ideal for both countries.

But what we  must do is to encourage investment both both countries throughout the entire supply chain, just as our wheat farmers have done”.

As the new agriculture minister Mr Sulaiman brings an extensive background in the agricultural sector. He has a doctorate in agriculture and is president-director of the giant Tiran Group based in Makassar, Sulawesi, north of Bali.

“Hopefully he will resist the nationalistic elements of the agriculture public servants who would want to see Indonesian agriculture ‘held back’ at a time when it desperately needs reform; and Australia can help.

The incoming trade minister, Rahmat Gobel is the current  president-director of the large Panasonic Gobel Group and also vice  chairman of the Indonesia Chamber of Commerce (KADIN) and is expected to seek out improved trade opportunities within the region, including Australia.

“We would like to see a far greater focus on the completion of the Comprehensive Economic Partnership Agreement (CEPA) that has stalled over recent years,” said Mr Taylor.

With Indonesia desperately in need of major infrastructure upgrades, opportunities exists for major construction companies and also SME’s who can supply support services.

“One of the major productivity issues facing agriculture”, said Mr Taylor, “is that almost 30pc of food produced in Indonesia never makes it to market, due to poor facilities such as storage, poor roads and handling systems; the list goes on. Australia can contribute significantly through the development of partnerships that, we hope, would be welcomed by Indonesia’s new president Joko Widkodo.”

Both Mr Phil Turtle from the Australia-Indonesia Business Council and Mr Taylor agreed that Indonesia presented a “huge opportunity” for Australian agricultural businesses.

“We currently supply Indonesia, not only huge supplies of wheat and cattle”, said Mr Turtle, “but we have many small companies operating very successful partnerships with Indonesian companies in anything
from fishing equipment, and footwear to stainless steel shop and restaurant cabinets.”