VARIOUS critics of Australia’s livestock export industry continue to indulge in the spreading of inaccurate stories about the trade in the increasingly desperate hope of creating a groundswell of support to shut the industry down. 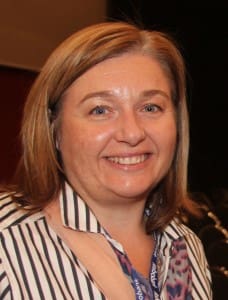 University of NSW social sciences academic Dr Siobhan O’Sullivan, who receives funding from activist group Voiceless, is one such dedicated critic of the industry. Her most recent article for The Conversation (click here to view), published on October 21, stayed on-script by trying to paint Australian exporters as cowboys running roughshod over industry rules with a scandalous disregard for animal welfare standards – all while evading punishment from the Federal Government which, Dr O’Sullivan claimed, was asleep at the wheel.

Opinion pieces like Dr O’Sullivan’s, loaded with evocative statements and based on fanatically biased views, certainly make for compelling reading. But such comments aren’t informed by any direct interaction with the industry – something exporters always welcome – and as such, they do nothing to inform the public about the reality of Australia’s livestock exports.

There has been substantial change in the industry since 2011 in terms of the industry’s focus on animal welfare.  To put it plainly, no Australian exporter wants to see animals handled poorly by people who do not have the skills or understanding about the right way to treat livestock.  That’s why Australian exporters do not sell animals for home slaughter or to facilities which do not meet Australia’s livestock export welfare standards.

Exporters gain nothing from a leakage in the supply chain and continue to implement measures that prevent Australian livestock from being removed illegally from supply chains in import markets.

Nonetheless, the hard-line critics continue to condemn the trade on anything and everything it does. For instance, Dr O’Sullivan argues that too much self-reporting by exporters of supply chain leakages is occurring, but no doubt there would be a flood of confected activist outrage if exporters weren’t actively trying to uphold the Exporter Supply Chain Assurance System (ESCAS).

Critics like Dr O’Sullivan also continue to harbour evidently prejudiced misgivings about the ability and willingness of our export partners to help prevent welfare breaches and strengthen and secure our supply chains. Her accusation that “nobody is capable of remaining in charge of Australian animals once they arrive in the chaos of the developing world” exposes an all-too-common lack of understanding about how the trade works and the thousands of people invested in the care of livestock in export markets. It also neglects to recognise that ESCAS has worked to secure the welfare for the vast majority of livestock exported since its implementation.

Dr O’Sullivan also echoes activist claims that somehow the Department of Agriculture is shirking its duty to penalise and prosecute exporters for supposed breaches of ESCAS. Such the claims fail to demonstrate even a basic grasp of the regulations and laws governing the trade, due process or natural justice.

There has been no evidence or finding that any exporter has deliberately and maliciously breached ESCAS and it is an absolute myth that exporters are “getting away” with anything, or that ESCAS is a toothless tiger.

The Department of Agriculture has wide-ranging powers to impose sanctions on exporters for ESCAS breaches and has actively used this power since the introduction of ESCAS. The absence of any criminal prosecution or loss of licence since ESCAS was introduced reflects the fact that exporters have been working hard to do the right thing and are achieving a formidable strike rate of success in challenging cultural contexts.

Since 2011 Australian exporters have also trained over 8000 local people in 19 markets and across more than 1000 facilities in better handling and slaughter practices. This training has enabled significant compliance with ESCAS which means good animal welfare has been delivered to over 8 million exported animals. This is training, provided by Australia, is truly unique in that not one of the other 100 nations which export livestock provide or have even attempted to provide any such programs.

Australian livestock exporters are absolutely committed to in animal welfare which is why the industry is working with the Federal Government on the development of the Livestock Global Assurance Program (LGAP).

The proposed structure of LGAP aims to do more for improving the welfare of all animals in foreign markets, as it is not limited to just Australian livestock. It will also be able to place requirements and consequences on in-market importers, auditors, feedlots and abattoirs – not just exporters. Research outcomes will be provided to the livestock export industry in March 2016, after which the industry will consider the feasibility of implementation.

In the meantime, there appears to be some hope that activists are finally acknowledging the legitimacy of the Australian livestock industry. In recent weeks, Animals Australia’s Lyn White confirmed her organisation has abandoned its campaign to convince the Federal Government to ban livestock exports, apparently conceding that such efforts were forlorn.

At long last, it seems some activists are acknowledging that the industry is here to stay.