Number of cattle on live export ships to reduce from November THE number of cattle permitted on livestock export ships will be reduced by up to 14 percent from November 1, giving the industry six months to prepare for long-touted stocking density rule changes.

Reducing stocking densities on cattle vessels was one of 49 recommendations agreed to by the Federal Government following a review of the Australian Standards for the Export of Livestock (ASEL) for sea transport completed last year.

The Federal Government initially planned to introduce the new rules on May 1, 2019.

However, that was pushed back to mid-May and then June 1 to allow more consultation with industry, and to give the Department more time to implement the changes, before being pushed back indefinitely again on May 31.

After little word for almost a year, a new implementation date for the ASEL 3.0 standards was quietly published on the Department of Agriculture website in recent days, confirming November 1, 2020 as the new commencement date.

The changes are designed to increase pen space area for cattle on board livestock ships to satisfy animal welfare requirements recommended by the five-member ASEL review technical advisory committee.

The new rules will reduce the number of cattle allowed on vessels by around 5 to 14 percent compared to current densities.

Exporters will still face the same fixed costs for each journey despite being able to load fewer cattle.

It is expected a proportion of the cost increases will be passed back to farmers in the form of lower cattle prices, the ASEL review committe said in its final report.

In addition to the revised pen space allowances, the new ASEL standards will include:

The full revised ASEL 3.0 standards can be viewed here.

Australian Livestock Exporters’ Council CEO Mark Harvey-Sutton said that animal welfare is of primary importance to the industry, however, concerns remain about the cost implications of the reduced stocking densities and the practical implementation of the new standards.

He said details still need to be clarified with the Department, including how approved arrangements will be reset, and the opportunities exporters will have to apply for alternative stocking densities. 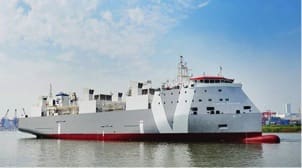 The Ganado Express was one of the first of the G Class vessels launched by Vroon in 2013.

Under the new rules, voyages of cattle to Australia’s largest markets will be impacted, with commonly used the G Class vessels, which can carry around 3700 feeder weight cattle, having to be more than 400 head lighter under ASEL 3.0.

This is unless the exporter can access the alternative stocking density allowance, the method and means of attaining are still to be published by the department.

Estimates provided by some exporters to Beef Central suggest the application of the new allometric stocking density rates will result in a 14 percent reduction in the number of light steers allowed to be carried on each ship from Darwin to Jakarta, and a 5.3pc reduction in heavy cattle numbers shipped from Townsville to Vietnam.

That compared to a mortality rate of 0.169pc for the 1.8 million head exported on 447 voyages of longer (11 day or more) voyages over the same period.

The review committee expressed concerned about relying on mortality data as the primary indicator of the performance of export voyages.

It said measures of cattle behaviour to assess animal welfare, and factors such as the ease with which animals can access feed and water, should be used to determine performance outcomes.

Mr Harvey-Sutton said there was still a significant amount of detail yet to be provided by the department. He said the industry had been promised a series of webinars and teleconferences to assist the transition and looked forward to receiving them soon.