Australian cattle exports totalled 45,106 in November, according to the latest Federal Government shipping data, taking the calendar year total to 717,506.

Exports to Indonesia in November totalled 23,549, bringing the calendar year total to 367,997 head.

Shipments to Vietnam totalled 6353 head, including an historic consignment of bulls from Townsville, taking year to date numbers for 2021 to 163,480.

Exports in November included 3000 head to China and 5404 cattle to the Philippines. 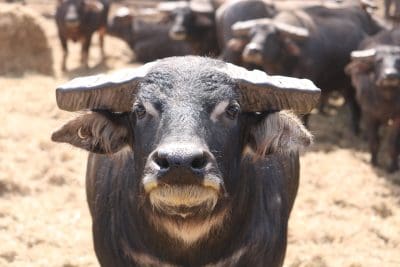 The total for 2021 is again set to nudge 11,000 head thanks to a significant up-tick in live export demand in the second half of the year. 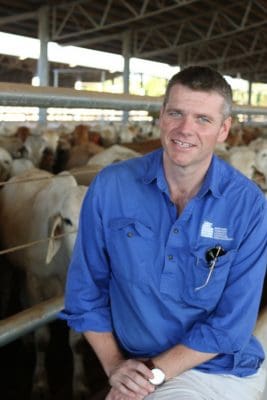 Northern Territory Livestock Exporters Association CEO Tom Dawkins said live export prices for buffalo under 400 kilograms of about 220 cents a kilogram liveweight are about half the price of feeder steers for export.

“Australian cattle prices are extreme and the national herd is rebuilding, so live export cattle numbers have been tight,” Mr Dawkins said.

“Our customers in South East Asia are very price sensitive and buffalo are helping to fill orders and offset the squeeze on profits. As the demand for young buffalo from Indonesian feedlots continues to strengthen, the potential for the NT buffalo industry to consolidate its gains further in 2022 is significant.”

Mr Dawkins said while Indonesia had emerged as major market for feeder buffalo, existing markets like Malaysia, Brunei and Vietnam were also holding their ground.

“The strong finish to the year has demonstrated the growing confidence in the buffalo job. We’ve seen some large consignments exported, including a successful 1229-head shipment by AUSTREX to Indonesia in September,” he said.

“Looking at this year and even 2020, the export of 10,000-plus buffalo per annum alongside 300,000-odd cattle has helped fill ships, and is providing a viable additional option for feedlots and abattoirs in SE Asia.”

There are an estimated 200,000 wild buffalo in the NT, mostly in Arnhem Land, and up to 40,000 head managed ‘behind wire’ on Top End pastoral properties. The wild population is managed by contract mustering teams, who pay royalties to traditional landowners. 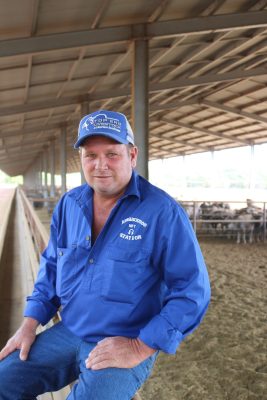 NT Buffalo Industry Council president Adrian Phillips, from Annaburroo Station near Darwin, said buffalo had played an increasingly important role in the live trade from Darwin this year amid a drop in cattle export volumes.

“Top End buffalo are in plentiful supply and the older and heavier animals, which aren’t sought for live export, are providing the majority of throughput for the Rum Jungle abattoir. It’s a really good fit and we need to ensure this momentum now can be used to encourage further investment and collaboration across the buffalo industry,” Mr Phillips said.

“Working with traditional owners and pastoralists to sustainably manage buffalo, while unlocking an otherwise untapped source of red meat is an economic opportunity the NT can’t afford to miss.”

The Rum Jungle abattoir at Batchelor completed its 2021 program last week and will now close for annual maintenance over the wet season.

The plant reopened under the new ownership of Central Agri Group in 2020, after being shut since 2003. It processed close to 6000 buffalo this year, supplying both domestic and export boxed buffalo meat markets.

Significant labour shortages, which meant processing at Rum Jungle didn’t resume after the wet season hiatus until July, limited the plant’s daily production and frustrated hopes that this year’s throughput would improve on its numbers from 2020, when 7000 buffalo were processed.

“We know the importance of having an export abattoir operating in the NT and, despite the significant commercial challenges we’ve been navigating, we remain very positive about the future of the Rum Jungle abattoir,” he said.

“We’re very grateful to our suppliers who have worked with us through the uncertainties of 2021. The market opportunities for NT buffalo are very exciting and we’re proud to be helping to build on the significant momentum in the buffalo industry.

“Demand domestically and overseas for buffalo meat gives us the confidence to work with our partners in the supply chain to overcome the challenges currently frustrating further growth to unlock the industry’s full potential and add real value to the NT economy.”

Mr Dichiera said the abattoir’s current production program is modelled to process 80-100 animals a day, or more up to 12,000 head annually, and could employ 65 workers on site.

He said a re-opening date for the plant in 2022 would depend on access to workers, in line with interstate and international travel restrictions, as well as the availability of livestock after the wet season.

“Our critical market access to export buffalo meat and beef to Indonesia is still pending approval. Once approved, this will be a major breakthrough, not just for our operation but for the whole NT industry,” Mr Dichiera said.