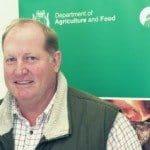 Beef producers will get an insight into the operations of one of Indonesia’s biggest feedlots at the upcoming Northern Beef Futures (NBF) forum in Karratha.

The March 10 event will be delivered by the Department of Agriculture and Food as part of its NBF project.

Producers will also receive an update on NBF’s grants program, which allows commercial beef producers in the Kimberley and Pilbara to apply for business improvement grants.

“Dayu Ariasintawati, Director of the Great Giant Livestock (GGL) Indonesia, will present on GGL’s operations in Indonesia including current market information from the region and performance of imported cattle in Indonesia during her keynote address,” Mr Negline said.

“Established in 1990 in Lampung, GGL is one of Indonesia’s largest feedlots and can process 100,000 head annually.”

GGL processes pineapple peel and tapioca waste into cattle feed, then the cattle manure is used as fertiliser for the group’s pineapple plantation.

“Dayu is looking forward to meeting the pastoralists and following the forum will visit some Pilbara producers to get a first-hand experience of station life in Western Australia,” Mr Negline said.

The NBF project, funded by Royalties for Regions, seeks to provide the foundation and stimulus for transformational change from an open sourcing market to demand driven dedicated value chains along with new business and investment models.

“The NBF is targeted to the communities and businesses in the Kimberley and Pilbara that are reliant on agriculture – largely pastoral beef production – as their primary source of employment and income,” Mr Negline said.

Source: DAFWA. More information on the NBF project, including its Business Improvement Grants program, is available from the department website agric.wa.gov.au/r4r/northern-beef-futures