AS the Top End’s $30 million buffalo trade rides high on strong prices and increasing export volumes, ties between the Northern Territory Buffalo Industry Council and exporters have been formally strengthened.

Reflecting the increasingly close strategic alignment of the two sectors, the key advocacy work for the buffalo industry will now led by the NT Livestock Exporters Association CEO Tom Dawkins. 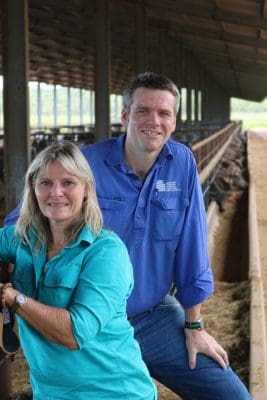 A new agreement which has commenced this month between the two organisations will see Mr Dawkins spearhead NTBIC’s engagement and industry development work alongside the council’s president Adrian Philips, from Annaburroo Station.

“We’re at an historic juncture in terms of supply opportunities and maturing demand, so it’s important for all stakeholders that we capitalise on the momentum in the market,” he said.

The strong trend has continued this year, with more than 1100 buffalo already shipped in these first few weeks of 2022.

Mr Dawkins said live export prices for feeder buffalo under 400 kilograms of about 220-240 cents a kilogram liveweight were half the price of feeder steers for export, which have pushed beyond $5.00/kg since Christmas.

Australian cattle prices are extreme, and the national herd is rebuilding, so live export numbers will continue to be quite restricted. Meanwhile the demand for younger buffalo which can be grown-out by the Indonesian lot feeder continues to strengthen,” Mr Dawkins said.

“Cattle importers in South East Asia are very price sensitive, and buffalo are helping to fill orders and offset the squeeze on profits. The potential for the buffalo industry to consolidate its gains in the coming 12 months is significant.”

Mr Dawkins paid tribute to the work of NT Road Transport Association (NTRTA) CEO Louise Bilato, who has been carrying out the buffalo council’s executive officer duties since 2016.

“Buffalo industry members have been very well served by Louise, whose strong oversight of road transport advocacy in the NT really has complemented her tireless work for the NTBIC to streamline the supply chain and modernise industry standards,” he said.

“Michael Swart from Wildman River Stock Contractors stepped back as NTBIC president last year but, importantly for us, he is still playing a very active role as a passionate buffalo industry leader here in the Territory and nationally as vice president of the Australian Buffalo Industry Council.”

The industry estimates the wild buffalo population in the NT is approximately 200,000 head, living mostly in Arnhem Land and managed by contract mustering teams and Aboriginal enterprises with section 19 land use agreements, who pay royalties to traditional landowners via the Northern Land Council.

An additional 40,000 buffalo are kept ‘behind wire’ on floodplain properties across the Top End and mustered during the dry season to help supply increasing market demand.

Ms Bilato thanked buffalo industry members for their guidance and support across her tenure advocating on their behalf, in what was initially meant to be a temporary capacity back in 2016.

“I wish to thank the presidents of both associations, NTBIC’s Adrian Phillips and the NTLEA’s David Warriner, for their foresight and openness to strengthening industry partnerships with a focus on growth of the buffalo industry through this arrangement,” she said. 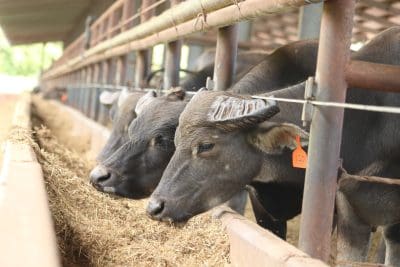 “Tom comes with a wealth of knowledge and experience across the livestock industry and I sincerely hope it is a bumper year for buffalo exports and buffalo through the abattoir and that everyone is able to share in the industry’s success.”

There are an estimated 200,000 wild buffalo in the NT, mostly in Arnhem Land, and up to 40,000 head managed ‘behind wire’ on Top End pastoral properties. The wild population is managed by contract mustering teams and Aboriginal enterprises with section 19 land use agreements who pay royalties to traditional landowners via the Northern Land Council.

The Rum Jungle abattoir at Batchelor completed its 2021 program in December and is now closed for annual maintenance over the wet season.

The plant reopened under the new ownership of Central Agri Group in 2020, after being shut since 2003. It processed close to 6000 buffalo in 2021, supplying both domestic and export boxed buffalo meat markets.

Significant labour shortages, which meant processing at Rum Jungle didn’t resume after the wet season hiatus until July, limited the plant’s daily production and frustrated hopes that this year’s throughput would improve on its numbers from 2020, when 7000 buffalo were processed.

“We remain very positive about the future of the Rum Jungle abattoir,” he said.

“The market opportunities for NT buffalo are very exciting and we’re proud to be helping to build on the significant momentum in the industry.

Mr Dichiera said the abattoir’s current production program is modelled to process 80-100 animals a day, or up to 12,000 head annually and could employ 65 workers on site.

He said a re-opening date for the plant in 2022 would depend on access to workers, in line with interstate and international travel restrictions, as well as the availability of livestock after the wet season.