The Young Livestock Exporters Network (YLEN) has a new look executive leadership team after holding its fourth Annual General Meeting in conjunction with the LIVEXchange conference in Darwin last week. 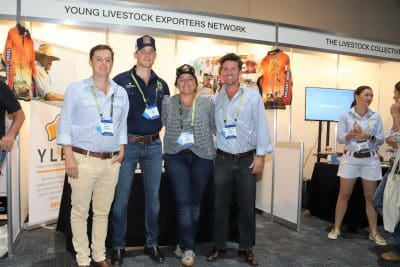 Over past four years YLEN has grown to represent 300 members from every state and territory in the country, making it one of largest agricultural youth networks in Australia.

Outgoing Chair Kari Moffat reported to members some of the highlights of the year including 140 members participating in several activities funded by a federal grant from FRRR which included:

·       The Livecorp Onboard Stockperson Accreditation Training workshop held in Darwin

Newly appointed chair, Oliver Thorne said YLEN is now making tangible contributions to the industry, noting that many of the founding members of YLEN are now in senior representative roles within industry.

“YLENs ability to support the leadership potential of young people from across supply chain is well established and is now the responsibility of the new committee to continue this legacy.”

The committee will meet again to discuss their 2023 strategy in late November.

The new committee is:

Chair – Oliver Thorne previously worked as an Onboard Stockman, and now works with Australian Rural Exports (AUSTREX) as vessel coordinator, based out of Brisbane.

Treasurer – Chloe Grant works in operations and logistics in northern live export, based in Darwin.

Secretary – Munro Hardy Co-founder of  Mutual Food & Fibre, and has previously worked in Agritech, and as a helicopter mustering pilot.