EVERY livestock vessel operating from Australia must comply with the world’s most rigorous standards and regulations, industry representatives have pointed out in response to recent public debate about ship safety.

A Beef Central article earlier this week drew attention to rising global media scrutiny of the safety of livestock ships, and in particular converted versus purpose-built livestock carriers, in the wake of the Gulf Livestock 1 tragedy.

Suggestions that all converted livestock carriers are less safe or stable than purpose-built vessels have been strenuously opposed by ship owners and vessel operators, describing such claims as based on a fundamental lack of understanding.

The Gulf Livestock 1 disaster has occurred in what has been an incredibly tough year for the transport of cargo globally and domestically, and a year in which the work of ship crew members to keep goods moving has perhaps never been more vital. 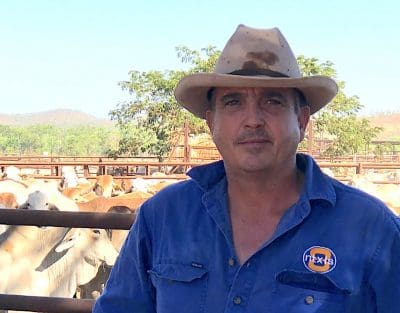 “The general public should be very appreciative and acknowledge the role of the seafarer during the COVID-19 pandemic,” said Nick Thorne of NTXLS Group, which owns the registered premise Cedar Park, south of Darwin, and Cattle Line, which owns and operates two livestock carriers, the Barkly Pearl and the Diamantina.

“The loss of the Gulf Livestock 1 is a tragedy for the entire maritime industry and all families that rely on the receipt of wages/salary from the global shipping industry.”

While the tragedy has drawn attention to the safety of livestock ships operating globally, the debate has also largely overlooked the stringent standards all livestock export ships – both converted and purpose built – must pass in order to operate from Australian shores.

Australia is widely acknowledged as the world leader in the export of livestock, based on the prescribed, legislated standards and  high levels of monitoring and traceability to which the industry is required to adhere, which are unparalleled globally and in any other sector in Australia.

As discussed in our earlier article, there are more than 150 livestock carriers operating around the globe. While it is difficult to get precise figures, Beef Central’s analysis suggests around 30 vessels have operated from Australia in the last 12 months, which requires them to have current accreditation with an Australia Certificate for the Carriage of Livestock (ACCL) from AMSA.

Mr Thorne said the ACCL was one of the most difficult maritime certificates to attain and maintain anywhere in the world, and is regularly revised and improved upon, most recently with new changes and upgrades introduced around ventilation standards in May of this year (AMSA marine order 43).

International Association of Classification Societies class membership of a vessel is another minimum requirement for entry. Livestock carriers not trading from Australia generally use a less stringent class society.

While there has been some focus on the age of livestock operating vessels, the most important determining factor for operation according to he said wasthe maintenance of the main engine and auxiliary engines and the schedule for rebuild and overhauling, plus the integrity of the hull steel plate. IACS class vessels are required to have drydocking/surveys every two and a half years.

A ship’s ‘flag’ is also an important factor in determining the safe operation (more detail here).  Flags are ranked each year from quality flags to flags with poor performance that are considered high risk, published every year as the  ‘white, grey and black list’. No livestock carrier accredited to operate from Australia sails under a grey or black flag state.

Mr Thorne explained that the process for a vessel to enter the Australian trade starts at the desk of a highly skilled naval architect that understands IACS class requirements and AMSA marine order 43.

“Stability criteria must be met unquestionably, and if not, the vessel cannot be considered,” he explained.

“Vessel selection is paramount and often very difficult to find the right vessel.”

He said conversions were a more suitable choice for one off projects for trade specific purposes, while new builds were more suitable for fleet replacements, as keel and hull platform and drawing replication was more commercially viable.

Vessels converted for the non-Australian trade generally started in reverse – i.e. a vessel was purchased before stability criteria was established.

“Extensive spares for all propulsion and livestock services must be carried on board the vessel and replenished when used.”

On the question of open versus closed decks, this was often a trade specific requirement.

Larger livestock carriers were nearly all open deck due to weight and stability factors.

“As owners we really only want them trading within the South East Asian region, predominantly Indonesia.

“At conversion we decided to sacrifice additional pen area for greater comfort for the livestock ie our deck heights are much greater than industry standard thus allowing greater airflow and ventilation.

“We ensured that our livestock services were practical and robust for ease of maintenance plus efficient cargo and port operations.

“The greater majority of our crew are career livestock seafarers and very dedicated to their job and the industry.”

Mr Thorne said owners of livestock carriers that have the ability to trade from Australia were always committed to achieving high outcomes and a safe environment for the livestock on board.

“I personally enjoy visiting other owners vessels and observing the ongoing innovation and technical achievements that are ensuring that our industry is delivering well above the standards for our valuable cargo and seafarers.”