ECONOMIC growth in Asia presented ongoing opportunities for Australia’s livestock exports, but it also demanded that the industry step-up to the challenge of maintaining control and traceability in its supply chains, Australian Livestock Exporters Council chair Simon Crean told a Brisbane audience today. 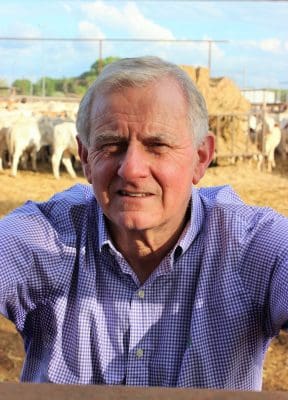 Mr Crean heralded an exciting new era in Australia’s live trade in a speech to the Rural Press Club of Queensland.

He said the dynamic nature of the global livestock and red meat markets meant that Australian exporters needed to seize unique opportunities currently within their grasp.

The first shipment of Australian slaughter cattle destined for China, which sailed from Victoria on February 4 and is due to arrive in China in coming days, was a historic first step in opening up of a major new market for Australian cattle.

“The new trade opportunities in China, the world’s largest beef market, build on our presence in many other existing markets,” Mr Crean said.

“The more markets we are supplying, the greater stability in the overall trade and the greater confidence for producers, and for exporters to invest in supply chain development,” he said.

The first slaughter cattle shipment to China had been preceded by significant in-market investment, including the construction of Exporter Supply Chain Assurance System (ESCAS) compliant feedlots and abattoirs in China.

“The scale of this investment is underpinned by the growing demand for Australian cattle and premium Australian beef in China,” Mr Crean said.

He said further market diversification was vital for future growth, especially in light of current cattle, sheep and goat prices which were putting pressure on the competitiveness of Australian red meat in price-sensitive markets across Asia, some of which have access to alternative forms of protein, such as Indian buffalo meat.

“I continue to witness first-hand the way Australian livestock exporters are listening, acting and improving industry standards,” Mr Crean said. “Our resilience, and our appetite for growth and market development, means Australia continues to be the world-leader in the global livestock trade.”

“Australia’s livestock exports, alone, are approaching $2 billion in annual value. It is one of our top 10 agricultural exports and generates employment for up to 10,000 Australians per year, mostly in rural and regional areas. We are a significant economic contributor by any measure.”

But Mr Crean emphasised that Australia’s livestock export industry relied as much on its social licence as it does on any economic drivers.

“Australia’s livestock export trade is committed to a ‘no fear – no pain’ objective in relation to livestock under our management. We know that good animal welfare outcomes represent good business.”

“Our commitment doesn’t stop when Australian livestock leave our country or are discharged from their vessel. It exists up to the point of slaughter and we are the only country that makes that commitment.”

Mr Crean said the World Organisation for Animal Health recognised Australia as the world leader in animal welfare practices in the trade.

“Since 2011 we have made huge progress, but that’s not to say we have eliminated all incidents. There is still significant improvement to be made and we remain committed to achieving that,” he said.

“Our industry’s programs have delivered training to 11,000 participants in international markets and the biggest budgetary commitment from our service-provider, LiveCorp, is to animal welfare programs. In the case of Indonesia, pre-slaughter stunning of cattle has grown enormously, from under 10pc five years ago to around 95pc per cent today.”

Mr Crean said exporters’ commitment to the ESCAS – now in its sixth year – and the industry’s determination to build the Livestock Global Assurance Program (LGAP), means Australia was continuing to set global benchmarks.

“The ESCAS journey has been revolutionary for livestock exporters. While our social licence to operate is at the core of ESCAS, it also represents a 21st century approach to ensuring our industry can meet the growing demand for live animals as a source of protein,” he said.

“Critics who argue we can simply replace the live trade with boxed product overlook the basic fact that this demand is specifically for live animals.

“And Australia’s status as the world leader in livestock exporting – leading a field of more than 100 other livestock exporting countries – means that if Australian exporters are taken out of the equation, the global trade will continue but animal welfare standards will decline.”