Temple Grandin and Don Heatley on stage at the 2015 Livexchange Conference in Darwin.

She came, she saw, she concurred. American animal science professor Temple Grandin yesterday endorsed the standards of animal welfare she encountered on a tour of two Indonesian feedlots and abattoirs and two Australian cattle stations, at the invitation of the Australian livestock export industry.

Her tour did not include an inspection of animals aboard a ship, however, that may come soon after Wellard Rural Exports’ CEO Mauro Balzarini publicly invited her at yesterday’s Livexchange Conference in Darwin to inspect the company’s livestock export vessels in operation.

Ms Grandin, who is a prominent autism advocate and best-selling author well known for her straight-shooting style, said she was mostly pleased with what she saw in the facilities she visited.

The only issues she said she found included a calf race being too wide which allowed calves to turn around, and some deep muck on the floor of a few pens in an Indonesian feedlot.

Ms Grandin said animal rights activists had contacted her prior to her well-publicised inspection tour of the Australia-Indonesian cattle trade to tell her she would only be shown the ‘good places’, suggesting that her findings would be distorted and therefore would have little meaning.

However she said that if was the case, her visit would still have value.

“At least one thing it shows is that doing things right really is possible,” Ms Grandin said.

Ms Grandin explained that when she inspects animal handling facilities she looks at “critical control points” and outcomes that reflect welfare standards. 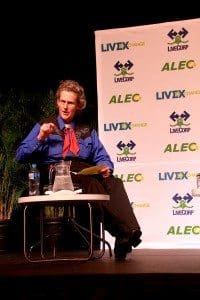 These included simple indicators that could be measured such as body condition, cleanliness of stock and pens, whether cattle were gentle and quiet or vocalising, stock handling scores, the size of flight zones, ammonia levels and the quality of water provided to stock.

Heat stress was another factor. A simple, scientifically documented way to measure if an animal was suffering heat stress was to monitor its breathing.

“All the cattle I saw, everyone was breathing with their mouths closed,” Ms Grandin said.

“When cattle open their mouth, their tongue starts to come out, they’re in severe heat stress.

“That is easier to measure than trying to count respiration rate.”

“Because we have got to make sure with all of these things we do not let bad become normal.”

Ms Grandin said she was “pretty much pleased” with what she saw on the stations, describing the cattle she saw as “very tame and gentle and in good body condition”.

She did express concern about the potential that exists for cattle to endure swollen joints or lameness on concrete floors in the Indonesian feedlots she visited.

She said this was a big problem in other parts of the world, particularly with Holstein cattle in dairies, and was something the livestock export industry should monitor closely.

“Be careful, I do not want lameness and swollen joints to get started on those concrete floor feedyards, we need to be measuring that.”

She said that despite problems in other parts of the world, lameness issues in Indonesia were “a quarter of one percent”.

“It is supergood”, she said.

She also saw cattle in slaughterhouses. Most abattoirs in Indonesia were using pre-slaughter non-penetrative captive bolt stunning, which seemed to work well and showed that “slaughter can be done right”, she said.

Ms Grandin said it was possible to get acceptable welfare outcomes using non-stunning slaughter but it required “much more attention to detail”.

This included ensuring animals were calm and restrained in a low stress manner and the use of properly sharpened knives.

“Your knife has to pass the paper test,” Ms Grandin said. “Take a piece of paper and hold it up and your knife should be able slice (all the way down)”

“My standpoint on (non-stunned slaughter) is that welfare can be kept at an acceptable level but it requires a lot more attention to detail.”

While Ms Grandin has visited Australia many times in the past, this was the first time she had visited “the deep outback”.

“The vastness out there just blew my mind,” Ms Grandin told the conference.

There is only one way to raise food on such land and that was with livestock, she said.

“You cannot grow crops on this land, what do we just let it be vacant? I don’t think so.”

She said she was also pleased to see all of the cattle in Indonesia being fed by-products, and not competing with people for food.

“They were eating things that were just being thrown away, waste products from palm plantations and that sort of thing,” she said.