BY 2025, LiveCorp will be leading the world in the health and welfare of livestock exports, under a vision outlined in the research and development corporation’s Strategic Plan 2025, released today.

LiveCorp Chair Troy Setter said it is an ambitious target, developed with input from members and other important stakeholders. 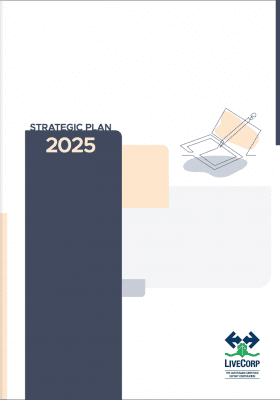 “More than ever before, we’ve consulted widely on the views of exporters and others involved in the industry, bringing in an independent consultant to provide an opportunity for frank and fearless feedback,” Mr Setter said.

“A series of online sessions was held with small groups, along with one-on-one telephone discussions, to see where exporters and others in the industry want to be at the end of the plan’s five-year timeframe.

“Collectively, there’s strong desire to build on historical successes, and leave behind those parts of the past that have been marked by controversy in favour of a viable, longer-term future.”

Mr Setter says LiveCorp is investing in a project to properly understand the Australian community’s views of the industry, and the strategic plan has been heavily guided by the work.

“As expected, animal welfare was a key factor in acceptance of the industry, and ongoing improvement in that area remains a priority.

“There was also recognition of the contribution of live exports to improving nutrition and food security for overseas consumers, and of the strong support live exports provides to Australian farmers and the economy.

“It was clear from the survey that the general Australian public didn’t know much about live exports, with many providing a ‘neutral’ answer to key questions.

LiveCorp has committed to improving its own communication, and continuing to support the industry’s efforts to articulate the way it’s responding to changing expectations from itself, the regulator and Australian community.

“Ultimately, the industry will be judged by its performance, and all stakeholders – not just LiveCorp – have a role to play in delivering the future outlined in the strategic plan.”