Despite promising signs last year that a breakthrough live cattle deal with China was imminent, Australia’s livestock export industry continues to wait for a health protocol to be concluded between the Governments of both countries.

Chinese authorities are currently working through the draft health conditions and import arrangements that must be finalised before Australian exporters can begin supplying feeder and slaughter cattle to the market.

Australian Livestock Exporters Council chief executive officer Alison Penfold said it was hoped a deal may occur in the not too distant future.

“We do expect this to be soon as we understand the details of the protocol have been substantially agreed to,” Ms Penfold told a field day in North Queensland last Friday.

The prospect of a new market to China has prompted some wild speculation about potential trade volumes in media reports, which Ms Penfold said had not been helpful to the trade’s development.

Ms Penfold said the likely size of the trade could only be assessed with any certainty when the final details of the protocol, and its attendant technical requirements and market access arrangements, are finally released.

However, she said that China had the potential to become a significant market in time.

“There is no doubt that the agreement coupled with a new health protocol could well provide unprecedented access for live cattle from across Australia to the Chinese market at a time of huge growth in red meat demand,” Ms Penfold said.

“On all accounts the draft protocol provides good access for cattle from across Australia, although will place some constraints on young cattle out of the north into China’s bluetongue zone.

“Once the protocol details are announced, substantive work can commence to commercialise the protocol arrangements including establishing compliant supply chains, arranging shipping capacity and finding cattle that meet the market specifications.”

Frontier: China will make an important addition to existing markets

Australian livestock exporting company Frontier International Agri told Beef Central that the opening of any new market was positive news for Australian producers and exporters, but also cautioned against unrealistic expectations about early volumes to China. 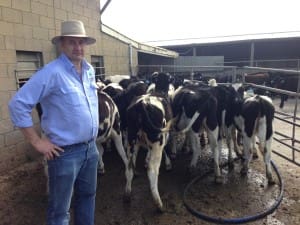 Frontier International Agri managing director Hamish Browning said that while China had the potential to become a very significant market over time, initial export volumes were likely to be “low to moderate”.

While China would make an important addition to Australia’s live export markets, he also stressed that the industry had to continue to give due consideration to existing markets which had served it well over time, such as Indonesia.

Questions such as the type and breed of cattle that the Chinese market will favour could only be answered when the final detail of the health protocol becomes clear.

However Mr Browning said China’s geographic size and scale suggested it could become a market for a wide range of breeds and specifications, ranging from northern tropically adapted cattle to southern British-breed types.

The access of northern cattle to the market will hinge largely on details such as how active and inactive bluetongue zones in both countries are defined in the final protocol.

One point that does seem relatively clear, based on conversations Beef Central has had with various industry sources to date, is that China will be a market for HGP-free cattle only.

When the market opens, producers in northern Australia where HGP use is most prevalent will have to weigh up whether they will be better served using implants to accelerate cattle growth or leaving cattle untreated to attract additional competition from the Chinese market.

Mr Browning recently visited China and said the importers with whom he met were well prepared at an infrastructure level to receive Australian feeder and slaughter cattle as soon as regulations allow.

Dairy exports to China grind to a halt

Australia already has a large cattle export trade to China, shipping an estimated 80,000 dairy cattle and 20,000 beef breeding cattle to the country in 2014.

However, the dairy cattle export trade to China has all but stopped in the first two months of this year, due to plummeting global milk prices and an oversupply of dairy products available for export.

Exporters say the oversupply means Chinese importers are showing little interest in new contracts for dairy cattle imports for the first half of 2015.

However, with Chinese milk powder import volumes showing signs of easing, exporters are hopeful of renewed interest in contracts for heifer imports in late 2015.

Exporters told Beef Central that any new orders will only be achievable if Australian dairy heifer prices remain significantly lower than the highs reached in 2014.