WARRING letters have underscored increasingly strained relations between the Australian livestock export industry and the Federal Government this week. 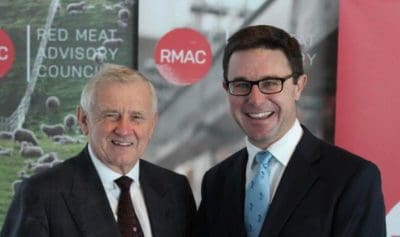 On Monday Federal Minister for Agriculture David Littleproud wrote to the Australian Livestock Exporters Council demanding a timeline by the end of the week on how and when it will lead the installation of new animal welfare technology on ships as recommended by recent reviews.

The Minister accused exporters of dragging the chain on animal welfare improvements despite having made millions of dollars from the trade.

He said that for 20 years the industry had known about the risks to sheep welfare when travelling to Middle East between May and October, and that clear definitions of animal welfare were needed to guide the trade’s operation.

The Minister accused the industry of making little investment voluntarily and only in response to public outrage over animal welfare crises, such as the Awassi Express incident earlier this year.

Mr Littleproud said he was concerned that ALEC’s members were given research five years ago showing that public attitudes against the industry were at crisis point and true transparency and animal welfare indicators were urgently needed.

“Why has this not been acted on?”

Recent reviews have recommended that the performance of the industry should no longer be limited to the rate of mortalities recorded on each voyage, but should use technology to allow a range of animal welfare indicators to be continuously measured and monitored throughout each journey. Reviews also want to see technology adopted that can physically reduce the risk of the risk of heat stress such as improved ventillation and/or dehumification systems.

A recent review of current heat risk assessment systems has also recommended a new temperature limit, above which livestock export journeys should not be allowed to proceed.

The Heat Stress Risk Assessment review set a “wet bulb temperature” limit for Merino wethers (based on a 56kg animal) at no greater than 28 degrees Celcius, with a 98pc probability that deck-temperatures will not exceed this limit. When temperatures are likely to be above that level, voyages should not be allowed, the review panel has recommended. (A wet bulb temperature is read by a thermometer covered in a water-soaked cloth which helps to acount for the effect of humidty on animal welfare levels).

The industry has responded angrily to the Minister’s criticisms in a letter written today by ALEC chair Simon Crean, a former Federal Agriculture minister in the Hawke and Keating Labor Governments of the 1990s. 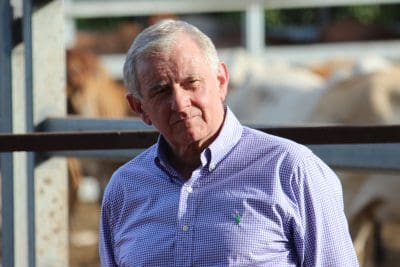 Simon Crean at the Berrimah Export Yards in Darwin.

Mr Crean said animal welfare was the organisation’s highest priority area and it had directed substantial ongoing levy-funded research by Livecorp into the development of animal welfare indicators, including those directly associated with heat stress.

Mr Crean said the Minister’s assertions that such work was simply a reaction to industry incidents was inaccurate.

It’s work since 2013 had included developing animal welfare indicators and associated technology which is now being trialled, developing the Livestock Global Assurance Program over and above the welfare requirements of ESCAS, introducing a mandatory code of conduct for all ALEC members and severe associated penalties for breaches, and imposing voluntary moratoriums on livestock shipments during high risk periods.

Mr Crean said one of the guiding principals of the Heat Stress Risk Assessment (HSRA) Technical Panel was to be cognisant of Government policy that supports a sustainable livestock export trade.

However the draft recommendations made by the panel, which contained only animal welfare representatives and people opposed to the trade, would render the trade unsustainable if adopted, he said.

He also accused the Minister of failing to engage with the industry.

“Since you were appointed Minister for Agriculture and Water Resources, apart from one heated exchange, you have resisted my many attempts to engage with you, both on progress and the way forward.

“Now in the interest of securing the viability of the trade, I am pleased that you have finally agreed to meet and discuss our reset and the way forward.”

Mr Crean said ALEC would be responding directly to the HSRA report and would also be making a supplementary submission to the ASEL review. To read ALEC’s letter to the Minister click here

Mr Crean said ALEC supports the shift from mortality rates to animal welfare indicators, but said the new animal welfare benchmarks recommended by the HSRA panel ignored veterinary evidence and were impossible to meet. For example, they required no sheep on journeys to pant at score 3 or above even though sheep exceeded this score under certain conditions within Australia.

The recommendations were unprecedented globally in terms of their requirements and would lead to the end of the live sheep trade and potentially cattle as well.

Producer groups have voiced similar concerns about the implications for the trade if the HSRA recommendations are adopted. 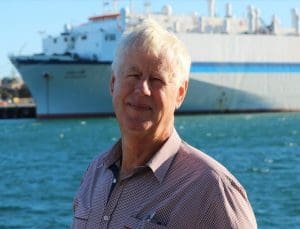 Pastoralists and Graziers Association president Tony Seabrook said the recommendations as they currently stand “will basically mean the end of the live sheep trade as we know it”, and applying the same level of heat stress observations could also risk the future of the cattle exports.

“We understand that mortality ought not to be the measure, but there is a point here where you just create so much regulation at so much cost.”

Kimberley cattleman Peter Camp on Kalyeeda Station, Broome also  expected the heat stress recommendations for sheep would be “carried on” to cattle exports.

Exporters expect dual cattle-sheep shipments or any cattle shipments sailing north of the equator to be the first affected if this was to occur.

“It’s ludicrous, because it is just a way of getting rid of the trade by putting restrictions on it,” Mr Camp said.

He said sheep and cattle survive under higher temperatures than 28°Celsius wet bulb in the Kimberley, although not enclosed.

“How hard is it to have air circulation on those vessels?

“I know there has to be a standard set, but realistically industry has to be on the front foot to make sure we do our very best to improve those standards so that people who are trying to close the industry down have nowhere to go in finding fault with the industry.”