Live export prices climb as ships power on through June The Australian cattle export trade to Indonesia and Vietnam has been running at full speed through June with more than 20 vessels currently operating on runs to the key South East Asian markets.

Of that number about 12 ships are either currently loading or are scheduled to load around Australia within the next seven days to supply feedlots in Indonesia and Vietnam.

Trade reports indicate that despite some disruptions caused by COVID-19 to the Islamic festive season of Lebaran in Indonesia, demand for fresh beef was strong and sales of finished cattle from feedlots largely exceeded expectations through the period.

A lack of Indian Buffalo Meat in the market due to the lock down of processing facilities in India contributed to the strong feedlot sales.

As a result recent demand has been driven by importers looking to re-fill space in feedlots emptied by stronger than expected Lebaran sales.

At the same time Vietnam has emerged from a total six week lockdown due to COVID-19, a response that helped the socialist republic to record very few cases and no deaths from the virus.

Shipments of Australian slaughter cattle continued to sail to Vietnam during that period, aided by closures of Vietnam’s borders with neighbouring countries such as Cambodia, Thailand and Laos, from which it also usually sources cattle.

More ships have been pulled back to the country as its economy has started to reopen.

Prices quotes in the past week indicate feeder steers have been contracted in Darwin at $3.35c/kg with offers available of $3.40/kg, while the Townsville heavy slaughter steer price is retesting last November’s highs of $3.70c/kg.

The Ocean Drover is enroute to Indonesia this week after loading in Townsville over the weekend.

Adding fuel to prices this year has been an unusually high level of competition for northern cattle from restockers in southern Queensland and New South Wales in the low supply environment.

In Indonesia, feedlot sales are traditionally slow after the festive period. With fresh supplies of Indian Buffalo Meat now re-entering the market, there is some expectation that demand for Australian live cattle could ease in the third quarter.

However more favourable tariff arrangements under the new Indonesia Australia Comprehensive Economic Partnership Agreement which kicks in July should add some support to Australian cattle imports.

In Vietnam, as border restrictions with neighbouring countries start to lift, demand for Australian cattle may soften in coming months.

Latest shipment data released late last week shows Australian cattle exports in May totalled 108,000 head, which included 47,483 head to Indonesia, 26,115 to Vietnam and 22,382 to China – all good solid figures in historical terms to each market for the month.

Australia has now exported 474,986 cattle for the first five months of the year.

Darwin reaffirmed its status as Australia’s biggest cattle export port with 47,836 cattle exported in May to bring its total for the calendar year to date to 153,431. 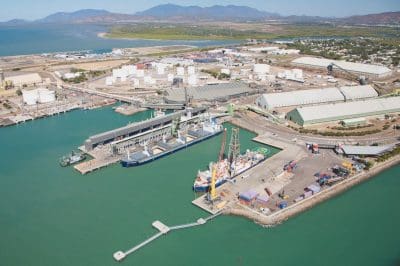 The current high level of activity in the trade is reflected by the large number of ships currently servicing Australia to Indonesia and Vietnam runs.

In the March and April some to 12-14 ships were regularly operating between Australia and the key South East Asian markets, but that number has increased to more than 20 May and June.

At the same time, the number of ships running from Australia to China has decreased from six in mid-May to four in mid June, while several AMSA accedited vessels have been pulled from non-Australian routes to help support the high levels of trade activity Australia to South East Asia.