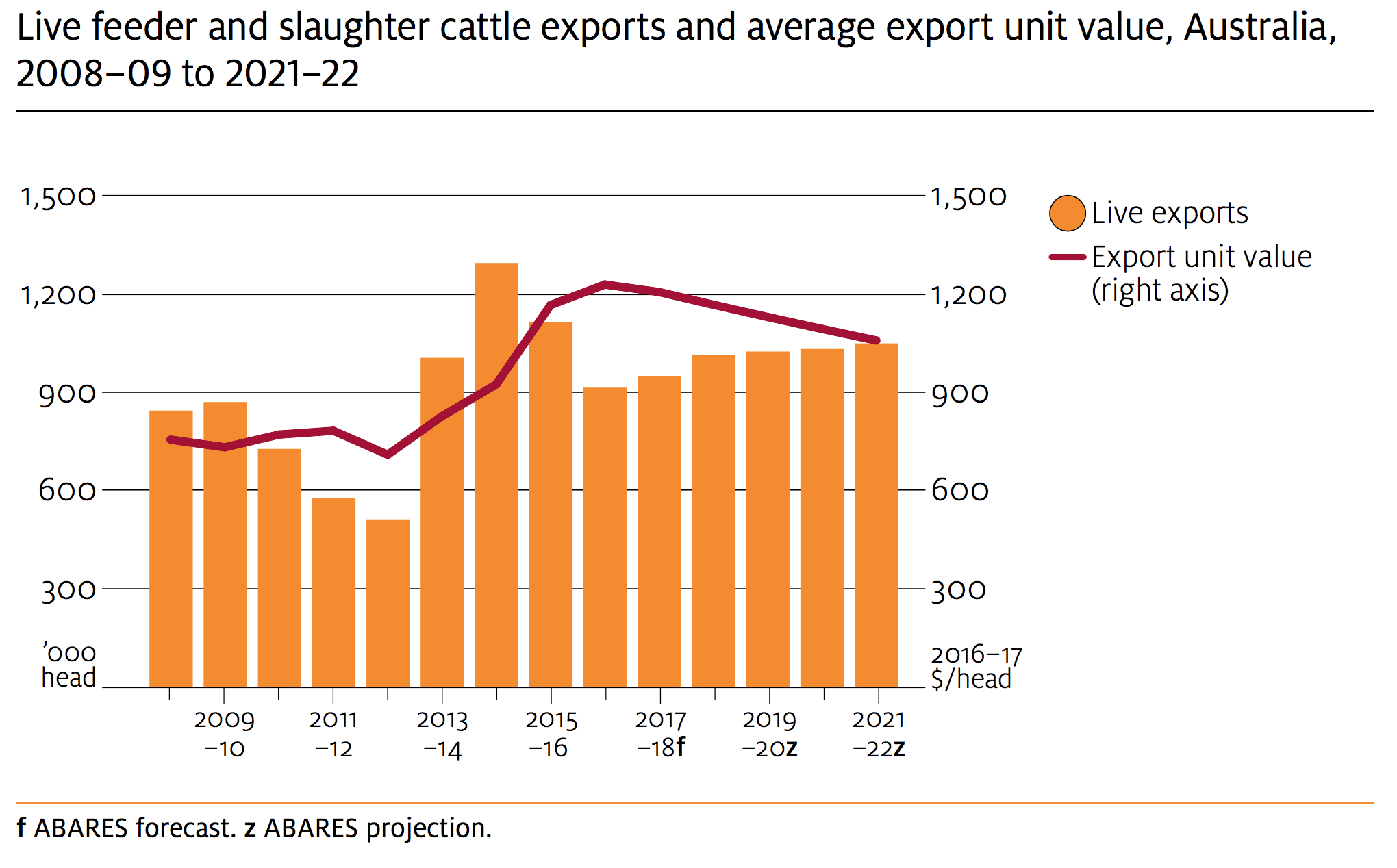 Australian live feeder and slaughter cattle exports are forecast to gradually increase in coming years, according to ABARES.

Shipments are expected to gradually increase to a level around 1.05 million head in 2021-22.

Feeder and slaughter cattle exports in 2016-17 have averaged around $1230 a head, the highest on record.

However, Indonesia’s share of Australian live cattle exports is expected to decline over the medium term, as cattle shipments to Vietnam and other smaller markets such as China increase.

ABARES also emphasises the point that the emerging Chinese trade will not compete directly with the live export trade to Indonesia and Vietnam, because Chinese protocols restrict live imports to cattle sourced from southern Australia.