It is understood the heifers tested negative to BJD before leaving Australia.

Australian Government and industry leaders confirmed news of the ban to Beef Central this morning. 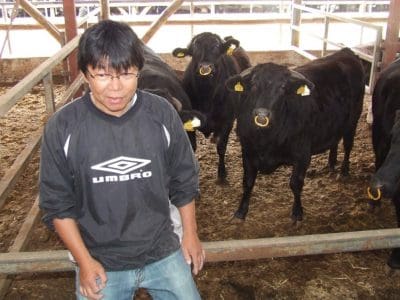 While the cattle involved are Holstein heifers exported under a breeding protocol, the temporary suspension also affects Australia’s much larger Wagyu feeder cattle  trade to Japan, which operates under a separate feeder/slaughter cattle protocol.

The tests used to screen for Johne’s disease in quarantine (the Elisa blood test and the PCA DNA tests) are known to produce false-positives and false negatives, with false-results particularly prevalent in younger animals.

Dairy heifers vaccinated with the Silirum vaccine can also give false positive tests to both Johne’s and Tuberculosis.

Uncertainty still surrounds the accuracy and reliability of the testing procedures used by Japan to justify the trade ban.

Johne’s is a wasting disease of cattle that has no known cure. It can be found in many species in the natural environment, is endemic in most countries of the world, including Japan, and is considered by many to be ineradicable.

Japan is one of the very few countries still attempting to eradicate Johne’s from its national herd, which is why it requires imported cattle to be tested for Johne’s disease.

Australia exports a small number of Holstein heifers to Japan each year.

However its major export cattle trade to the market involves the annual shipment of around 10,000 8-12 month old, 280-300kg Wagyu F1 and Fullblood feeder steers and heifers in shipments of 1000 head per month exported from Brisbane. The reliable trade has existed for many years.

Beef Central understands that a consignment of 1000 Wagyu export steers and heifers destined for Japan is currently being held in pre-export quarantine and was due to be shipped to the market in mid-June.

There is no indication yet as to how long the suspension may last.

A spokesperson for the Department of Agriculture confirmed to Beef Central today that the Japanese authorities had announced that they will temporarily stop accepting feeder and breeder cattle from Australia in response to a number of cattle testing positive for Johne’s disease in post arrival quarantine.

“The Department is investigating, to confirm that cattle were prepared according to the importing country requirements,” the spokesperson said.

”The Department is working closely with the Japanese authorities on this issue.”

The process of exporting cattle to Japan under the breeding cattle protocol requires careful selection of properties from which cattle can be sourced. Heifers must be tested twice for BJD before they can approved for export to Japan.

In a statement to Beef Central this morning Australian Livestock Exporters Council chief executive officer Alison Penfold said industry was aware that Japan has found “a small number of test positive results relating to BJD within a consignment of breeding livestock exported to the market in May.”

“We understand that the relevant Japanese Ministry has placed a temporarily suspension on the import of cattle from Australia.

“Japan is sensitive about BJD and is undertaking an eradication program.  However, BJD has a world-wide distribution and is likely to be present in all countries to which Australia exports livestock,” she said.

“All animals exported from Australia must meet strict importing country requirements and be certified as eligible to receive an Australian Government health certificate, attesting to their health status.  The consignment was certified under these conditions.

The government-to-government agreed health conditions between Australia and Japan includes detailed testing requirements for a range of diseases. BJD is one of the diseases tested.

“ALEC understands that all animals remain in quarantine in Japan – as per standard importing arrangements – and are being well cared for,” Ms Penfold said.

“There are government-to-government discussions underway and industry supports this process. We await advice on the outcomes of these discussions.

“Industry will work with Government to ensure Australia’s biosecurity and internationally recognised animal health status is preserved. Australian cattle have an excellent health status and the prevalence of BJD in Australia is very low by world standards.

“Industry has great confidence in the integrity of our testing systems and technology – particularly as the test for the disease in question (BJD) is undertaken by internationally recognised laboratories using world leading technology,” she said.

“We are not aware of any food safety or health risks.”