THE Federal Department of Agriculture, Water and the Environment (DAWE) has launched a new investigation into Australian livestock export supply chains in Indonesia  in response to new footage from Animals Australia. 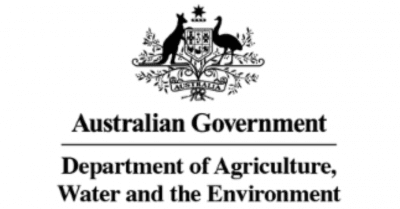 Animals Australia says the footage, which has not yet been released publicly, was captured in two abattoirs in Aceh and shows Australian cattle in Indonesia being killed using banned Mark I boxes and roping techniques.

The Australian Livestock Exporters’ Council said exporters were advised by the department last Friday that it had received a non-compliance report from Animals Australia.

ALEC said has been in contact with the department and will assist with the investigation.

ALEC said exporters, importers and in market teams are verifying how any breaches could have occurred within the two facilities involved to ascertain the facts.

“The video footage of the non-compliant slaughter is distressing, unacceptable and not appropriate treatment of Australian livestock,” ALEC CEO Mark Harvey-Sutton said.

“Exporters take any breach of the Exporter Supply Chain Assurance System (ESCAS) extremely seriously and have been reviewing the footage and all the information provided by the regulator to address these allegations.

“Exporters have genuine care for the livestock in their supply chains, they act quickly to investigate working closely with importers and in market teams.

“The industry is regulated and there are systems in place to make any necessary decisions to stop future non-compliance.

“Under ESCAS exporters can identify breaches and if necessary, remove offending facilities from their supply chains.

“Never has the maintenance of international trade been more important and to show respect for our longstanding relationship with Indonesia and our producers.”

In comments to Beef Central Animals Australia CEO Glenys Oogjes said the organisation has lodged a complaint with the Department of Agriculture relating to breaches of ESCAS at two slaughterhouses in Aceh, Indonesia.

“That Australian cattle in Indonesia are still being killed via the banned Mark I boxes and roping slaughter should be of grave concern to all in the cattle industry,” she said.

“It was deeply disturbing that slaughter practices exposed in 2011 are still being used in 2020, despite the existence of ESCAS.

“It is very clear that until regulatory sanctions for breaches of ESCAS incur licence suspensions, this system will not effectively protect animals from brutal treatment.”

A formal assessment in August 2011 by Australia’s Chief Veterinary Officer Mark Schipp found that slaughtering cattle using the Mark I restraint box did not comply with several elements of internationally-accepted animal welfare standards.

“The Mark I restraint box is designed to use the escape response of cattle to make them trip and fall and to restrain them by ropes applied to the feet. Both of these objectives are contrary to OIE guidelines,” Dr Schipp wrote in his report.

“Footage of the Mark I box shows that in many cases the floor of the restraint box was slippery, there was noisy clanging of metal, animals were falling onto sharp concrete edges and that animals were injured and distressed through the sudden movement of tripping and falling from the box onto a concrete plinth. Again, these outcomes were directly contrary to OIE guidelines.”

The DAWE website shows that five ESCAS non-compliance reports have been received in 2020 – two from Animals Australia, two self-reported by exporters and one reported by Independent Observer.