LIVESTOCK export industry leaders have called for “calm and perspective” after reports that a shipment of Australian cattle cancelled by an Indonesian importer under force majeure earlier this week raised producer concerns about coronavirus impacts on the trade.

The cancellation was revealed in a letter sent by importer TUM to cattle exporter Frontier International on Monday.

In the letter, excerpts of which were published by the Western Australian newspaper on Wednesday, TUM expressed “great regret” at having to cancel the shipment under force majeure. Force majeure is a clause enabling contract default for “act of god” unexpected events. 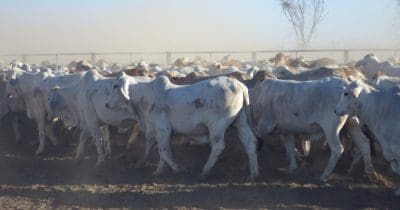 The shipment of 3200 cattle was due to be loaded in Darwin next week for export to TUM’s feedlots in Jakarta.

“The decision has not been taken lightly and is due to circumstances beyond our control caused as a result of COVID-19 and our government recommendations which have resulted in significantly reduced sales”, the letter stated, according to the report.

“We apologise for the great problems this will cause Frontier in relation to your shipping and cattle contracts. We hope your cattle supplier will understand our predicament as we have a long relationship with many of them and once this terrible situation passes, we hope to continue a good business relationship.”

Also quoted in the article, Rob Clayton, managing director of Nutrien Ag Solutions, the parent company of Frontier International, described the force majeure as “a customer specific issue” and was not reflective of the broader Indonesian market.

“This is one shipment to one client, and just a fraction of what is leaving our shores at the moment, and besides this cancellation, it’s very much business as usual for Frontier,” he said.

“For instance, we are loading a shipment to Russia very soon and a consignment headed for Vietnam departed northern Australia last night (Tuesday) and there are plenty of other orders for Australian cattle in the pipeline.”

News of the development clearly triggered nervousness among producers about the strength of the market at a critical time of time of year just as the northern mustering season for export is getting underway.

Australian Livestock Exporters’ Council CEO Mark Harvey-Sutton said he has received several phone calls from producers since the report who are worried the “trade is about to collapse”.

He called for people to stay calm and to consider the one-off development in the perspective of the broader trade, which was still operating with strength.

“We’re watching Indonesia closely, I know a lot of importers are locking down their supply chains and quarantining staff to minimise the risk, but there is still demand,” he said.

“The cancellation was for one contract, the overall trade is continuing, ships are still moving, live export is deemed as an essential service, and cattle imports are an important component of Indonesia’s food security. Everyone is managing and adapting to the new situation, and there is no need to panic.”

It is unusual for a contract to be cancelled so close to the delivery date and has left producers who had agreed to supply the cattle suddenly having to find an alternative market for cattle they had expected to deliver next week.

Cattle processors have also reported receiving phone calls from northern cattle producers trying to sell cattle they had until this week been intending to sell for cattle shipments.

Indonesia’s response to the COVID-19 crisis has been slow, and the country has only just started introducing the type of strict movement restrictions other countries such as Australia implemented some weeks ago.

That has meant that a lot of the discomfort that was felt in Australia last month is only just playing out across Indonesia now.

In the past week Indonesian feedlots have found their operations impacted by new restrictions around the movement of fodder and movement of trucks, while at the same time impacts to consumption have resulted in much slower than anticipated sales from their feedlots, limiting capacity to take new cattle at a time when new season supply is just taking off.

In a much larger country that lacks many of the systems and structures in place in Australia,  the level of uncertainty being experienced in Indonesia as the country adjusts to new controls is arguably multiplied.

TUM is one of Indonesia’s largest importers with a long and close relationship to the northern Australian cattle industry. Its feedlots are located within Jakarta, which is the epicentre of the unfolding outbreak in Indonesia.

Whether such developments prove to be a short term dynamic that will level out as the country adjusts to the new restrictions, or a sign of greater disruption to come that may envelop more importers in coming weeks and months, remains to be seen.

Industry leaders say the Governments of Indonesia and Vietnam continue to emphasise the importance of Australian cattle imports to their food supply chains and the recognition of the trade by the Australian Government as an essential service.

“This will not lead to a major collapse in the cattle price, or live export trade, there will be changes daily and exporters will continue to monitor and make changes as needed to ensure sustainability and that animal welfare is paramount,” Mr Harvey-Sutton said.

Parties pulling out of contracts when commercial or logistical terms change is not unprecedented in the cattle industry, but it is certainly unusual for a force majeure clause to be invoked.

Whether COVID-19 is something that falls within the definition of force majeure is a question that legal firms around the world are now examining closely as restrictions to control the virus disrupt industries and businesses globally.