The Indonesian government will be forced to alter its latest policy actions to allow business to proceed, or be responsible for precipitating the total collapse of the country’s live cattle import industry, argues Beef Central’s regular Asian market columnist, Ross Ainsworth*

Fact: In response to public complaints about rising beef prices during 2014, the Indonesian government drastically reduced import permits for beef and live cattle.

Fact: As a result of reduced inventories and the prospects of even less supply, importers slowed the rate of daily sales into the slaughter market to ensure that they would not run out of stock before their newly imported feeders were ready for sale.

Fact: with reduced supplies in the market, prices rose sharply

Fact: Last week, as reported on Beef Central yesterday, the KPPU found that all 32 live cattle importers were guilty of the charge of price fixing and manipulation of market supply and imposed heavy fines.

Opinion: These government actions have created an intolerable commercial situation where business is not able to continue on a sustainable basis. The government will therefore be forced to alter its policies to allow business to proceed or be responsible for precipitating the total collapse of Indonesia’s live cattle import industry. 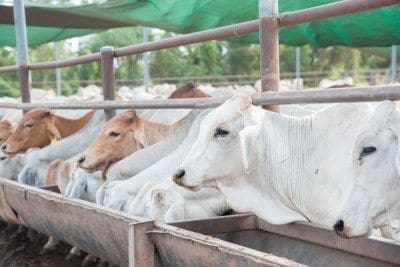 This sequence of events is an excellent example of one of the great differences in the political systems of Indonesia and Australia in which the Indonesian government is perfectly comfortable exercising ultimate power over private business interests if they feel the need to do so.

But, logic and fairness are not necessarily part of the process. The fact that, in this case, the Indonesian government was directly responsible for driving supplies down and therefore prices up is not regarded as relevant.

The government advised the importers that it wanted prices to go down and fully expected the industry to comply.

When they didn’t, the government directed the KPPU to investigate.

These actions are a reflection of the cultural and political differences between our two countries.

There is little point in complaining that we don’t like this system, as it is Indonesia’s system and for them to manage. How prospective investors view this form of government intervention in private enterprise in terms of their future investment strategy is another matter entirely.

While the Australian industry is now in a tricky position, the real victims here are the importers, with capital-intensive businesses to manage.

While the Australian industry is now in a tricky position, the real victims here are the importers, with capital-intensive businesses to manage.

How do they plan a sensible strategy to address an illogical problem and how do they forecast what the government’s reaction will be to the prices they sell their cattle for in the future?

When they are applying for their next round of permits, (right now for T2) how do they budget for sales?

If the forces of supply and demand are not permitted to function because of the threat of such legal sanctions, then the prospects of operating a sustainable business are bleak indeed, if not simply impossible.

In the short term, there can only be more chaos. No importer in their right mind will be comfortable importing a product when they are unable to predict if they will be allowed sell it for a profit or not.

No importer in their right mind will be comfortable importing a product when they are unable to predict if they will be allowed sell it for a profit or not.

While the most effective means of protest would be to stop importing altogether, this also leads to certain financial ruin, so all the choices are ugly.

The probable short term result will be somewhere in the middle with importers bringing in conservative numbers to keep their assets operating, while hoping that common sense will prevail and the government modifies its policy.

While some Indonesian government policy is similar to a chess game where moves and counter moves are considered well in advance, I suspect that the strategy in this case is one of simply crushing the importers capacity to do business, and hoping that they will suddenly decide to sell their slaughter cattle at prices desired by the government – regardless of the commercial outcome.

The first part of the strategy has been successful, as the importers are now presented with no choice but to sell at the government’s desired rates, or risk facing further legal sanctions.

The second part, where importers are expected to continue to operate regardless of losses to comply with the government’s wishes for cheap beef, is destined for failure.

If all this doesn’t appear at all fair, then consider that I have been advised that the Indonesian legal system requires that KPPU fines be paid up front before any appeal process can commence.

This suggests that all importers will have to make payment of these very significant fines in advance, and then hope to get a refund if their appeal process, in a year or two, or three, is successful.

The only option therefore is a stand-off until a more reasoned approach is presented from government.

The impact on the Australian market is likely to be substantial, where demand from Indonesia drops dramatically until there is a resolution

In the meantime, the impact on the Australian market is likely to be substantial where demand from Indonesia drops dramatically until there is a resolution.

Australian beef producers should not feel as though this situation is “personal”, as many other Indonesian commodities are the subject of similar government policies – although I am not aware of any other commodity importers being the subject of legal action at this time.

If and when this does happen, it might help to precipitate a more rapid solution as the impact on a wider range of essential food commodities across Indonesia could potentially create explosive social and political tensions.

Some industry players speculate that all these chess moves are in fact ultimately designed to deliver a social and political environment conducive for the Parliament to approve the necessary legislation to allow the importation of Indian buffalo beef.

As this would result in the total collapse of the Indonesian beef industry, the custodians of which are primarily millions of small local farmers, I am yet to be convinced of this theory.

The current policy is yet another example of how political decision-making appears to be operating on rules that must surely come from another planet.