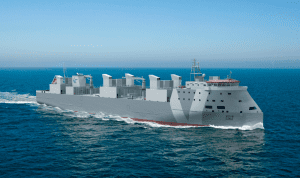 Cattle earmarked for export to Indonesia are being diverted to alternate South East Asian markets as the Indonesian import permit delay drags on.

With supplies of cattle already tight, Indonesia’s deferral in issuing permits is causing exporters to redirect vessels and cattle previously destined for the market to other destinations including Vietnam, Malaysia and the Philippines.

Behind the permit delays is said to be continued wrangling between Indonesia’s Ministry of Trade and Ministry of Agriculture over which should have the right to issue cattle import permits.

One experienced industry source said the delay was adding unnecessary costs to the supply chain which would put upward pressure on beef prices in Indonesia, and was also impeding Indonesia’s opportunity to source cattle while numbers were still readily available.

“How ever large the small pool of cattle was that was destined for Indonesia, that pool is getting smaller and smaller as cattle that would have gone to Indonesia are being rescheduled to other markets,” the trade stakeholder said.

Several ships have been waiting around ports such as Darwin and Broome in recent days waiting for Indonesia to announce third quarter import permits.

Permits are typically released before each new quarter starts to give importers and exporters enough time to get cattle assembled, paperwork approved, export yard space booked and shipping capacity organised to maintain a seamless flow of cattle – and adequate supply of beef in Indonesian markets – from one quarter to the next.

There have been delays in the release of import permits before, but this time, nine days into the new quarter, is an unusually long time for the trade to placed in limbo.

Every day that goes by with ships standing still adds to significant additional costs for exporters.

Northern Territory Livestock Exporters’ Association chief executive officer Stuart Kemp told Beef Central that a number of exporters are now looking to get ships and cattle away to other markets.

“It is getting to the point where they are looking to find alternate markets,” Mr Kemp said.

“They are all very conscious of not flooding or over-supplying Vietnam at the moment so I think they are looking at other markets like Malaysia and the Philippines.”

“They are increasingly concerned by the delay.”

As an example of the costs exporters face every day that the delay continues, Mr Kemp said a smaller 2000 head vessel is accumulating around $20,000 in extra costs per day.

Beef Central understands that the costs for the larger vessels are closer to $60,000 a day.

There is still no clear indication as to when a permit announcement will occur.

There is talk around the trade that Indonesia’s Ministries of Trade and Agriculture still cannot reach agreement and have privately indicated that they will hold off a decision at least until tomorrow, Friday, July 10. But that is far from assured and any agreement may still be some time away.

Importers have reportedly collectively applied for import permits totalling around 200,000 head. However there is also talk – unsubstantiated – that the ultimate permit issuance may fall well short of that mark.

Prices for export steers in Darwin have reached around $2.70/kg in recent weeks. The size of permits issued by Indonesia will be one of the key factors influencing where prices move next.