The Brett Cattle Company, the lead applicant in the successful class action against the Federal Government’s June 2011 decision to temporarily suspend cattle exports to Indonesia, will receive almost $3 million in damages, the Federal Court judge ruled on Monday. 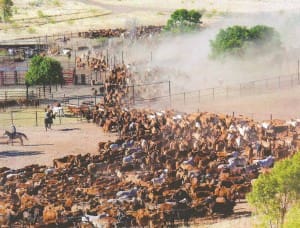 Justice Steven Rares, who earlier this month ruled that ex-agriculture minister Joe Ludwig’s acted recklessly and committed the tort of misfeasance nine years ago when he decided to suspend the entire trade without exceptions, yesterday handed down his ruling on damages.

The Brett Cattle Company was the lead applicant and one of 300 parties participating in the class action.

Had the Minister acted lawfully and extended exceptions to ‘closed loop’ supply chains which were able to meet Australian animal welfare standards at the time, Justice Rares said at least an additional 88,000 cattle would have been exported from Australia to Indonesia in 2011.

Had such an exceptions order been included, it was reasonable to expect those cattle would have been worth $2.15 per kg for steers and $1.95 per kg for heifers, Justice Rares said.

With damages for the remaining 300 or so parties registered with the class action yet to be determined the Federal Government is facing a potential compensation payout worth hundreds of millions of dollars.

Justice Rares said issues still to be determined for the purpose of group members’ claims include questions around what the Indonesian market’s maximum capacity for the import of cattle was in 2011 and 2012, the amount of any Indonesian import quotas or permits in those years and the availability of shipping to enable cattle exports at the time.

The matter will return to the Federal Court on August 20 to consider damages for other parties.

The government is still yet to announce whether it will appeal Justice Rares’ June 2 ruling.