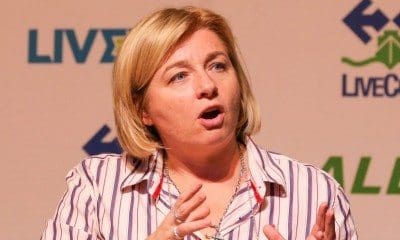 Australian livestock exporters say they have agreed to implement additional measures in the wake of the latest Vietnamese animal welfare breakdown, including permanent bans on approved facilities found in critical breach of ESCAS and a three month independent inquiry which will be reported publicly.

The industry says the additional actions (listed below) are aimed at tightening Vietnam supply chain controls and improving compliance, following its further consideration of footage of mistreatment of cattle in Vietnam provided by the Department of Agriculture & Water Resources.

“I watched the sledgehammer footage again last night as part of the 7.30 Report story.  No amount of times watching those animals suffer will lessen how sick and disgusting it is and makes me feel.  I can only imagine how people watching it for the first time must have felt,” Australian Livestock Exporters’ Council chief executive officer Alison Penfold said.

“The footage will call into question the genuine individual efforts of exporters over the past year to take actions to tighten supply chain controls and we have a lot of work to do to build trust in the regulatory process set up to protect the welfare of Australian cattle.

“Although we exported more than 300,000 cattle last year to Vietnam, it is individual facility failures which we must address if our industry is going to have any chance of regaining public confidence in live export trade to Vietnam.”

ALEC says that in addition to the immediate suspension of supply to any approved Vietnam feedlot or abattoir under investigation, exporters have agreed to immediately adopt the following additional actions:

“These commitments show we recognise that we need to engage with our stakeholders, including our harshest critics such as Animals Australia and the RSPCA, on the solutions to solve the complex challenges we face,” Ms Penfold said.

Ms Penfold also sought to respond to suggestions overnight that ALEC failed to act when Animals Australia presented footage of sledgehammering in 2015.

“The footage shown to ALEC at a meeting on 27 May 2015 was of Thai bulls in a Vietnam facility. The meeting came two months after I had already been publicly calling out the practice of sledgehammering and six weeks after the industry had initiated and announced actions to tighten control and traceability in the market to prevent leakage to unapproved facilities where sledgehammering is used.

“It was my error not to have provided a written response to Animals Australia at the time but it is wrong to suggest that the plan presented by them has not been considered by industry.”

Involve us in your inquiry: RSPCA

RSPCA’s Chief Science and Strategy Officer, Dr Bidda Jones, said sledgehammering of cattle to kill them is a widespread practice in Vietnam, and one that has been well known to the Australian Government and live exporters since the start of exports to Vietnam five years ago.

“This is a huge animal welfare crisis, and, for this reason, RSPCA Australia, as Australia’s leading animal welfare organisation, must be included in the independent panel the industry will set up to review the trade, announced today by the Australian Livestock Exporters’ Council (ALEC)”.

“RSPCA Australia is calling on the Government to immediately suspend live exports to Vietnam until the security of supply chains are watertight”.

“We called on the live export industry to voluntarily suspend the trade to Vietnam more than 12 months ago. Nothing happened”.

“There is absolutely no way that the Australian Government and live export industry can ensure that the practices meet requirements in so many facilities. There are now more abattoirs in Vietnam than there are in Australia”.

“ALEC says it will voluntarily suspend just three facilities. However, the Australian Government, as the regulator, is the only authority which has the power to suspend facilities and exports”.

“The only way to prevent these abuses of the system is to move from a live animal trade to a frozen and chilled meat trade”, Dr Jones said.