ESCAS reforms: The good, the bad and the stunning 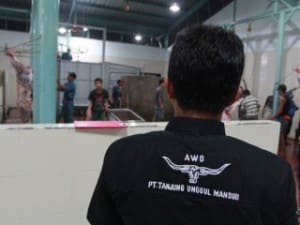 One of the great frustrations that followed the rushed creation and roll out of the Exporter Supply Chain Assurance system across all live export markets in 2011 and 2012 was the excessive duplication it demanded for auditing of foreign cattle handling facilities.

The mandatory ESCAS program was designed and introduced in a two-month period by the then Gillard Government in mid 2011 to improve welfare protections for Australian livestock in foreign markets, in response to ABC Four Corners’s expose of cruel handling practices in some Indonesian abattoirs.

The ESCAS system effectively holds exporters responsible for the welfare of the cattle, sheep, buffalo and goats they send to foreign markets through until the point of slaughter (with the exception of stock exported for breeding), even though the exporter no longer owns those animals once they are delivered to customers in foreign markets.

ESCAS requires exporters to pay independent auditing companies to conduct regular and costly audits of all supply chains they deliver to, to ensure the infrastructure and animal handling practices used in each facility meet Australian Government approved standards.

ESCAS requires exporters to pay to have the same facilities they supply audited by an independent assessor up to three times a year, year after year.

When one exporter begins delivering stock to a supply chain that has already passed an independent audit paid for by another exporter, the new exporter still must pay for another independent audit to be conducted on the same facility.

It is not hard to see how one of the big winners from the ESCAS process has been the handful of independent auditing companies which are now regularly paid by exporters to conduct multiple audits of the same facilities.

Nor does the system differentiate between exporters who have a history of good conduct and those who have been at the centre of repeated animal welfare infringements.

Under the current ESCAS system, all supply chains and all exporters are treated the same.

Exporters have lobbied for the Government to address the excessive duplication and unnecessary costs inherent in ESCAS since its introduction.

Some relief appears to be on the way after agriculture minister Barnaby Joyce yesterday announced a move to a “risk-based” approach to determine the frequency of audits for export supply chain facilities under ESCAS.

The system will also recognise strong performance and reduce the auditing requirements for proven good performers.

The new system will rank supply chain facilities as “low, medium or high risk”, and that in turn will determine how often each facility must be audited.

Mr Joyce says the move should save the industry about 30pc of current audits and about $2 million in reduced costs as a result.

He said the changes to the audit system will strengthen welfare outcomes while reducing regulatory costs for exporters.

A risk-based approach to ESCAS auditing will allow auditors to focus on areas of greater risk, and will also encourage exporters to use facilities with a good record of compliance, Mr Joyce said.

He also noted that the recent Department of Agriculture report into ESCAS demonstrated that Australian livestock exported overseas were being treated humanely “in almost every instance” and in accordance with international animal welfare standards.

The Department of Agriculture has also revised the guidance documents for use by exporters and auditors, which will reduce administrative burden and costs and result in more consistent assessments of facilities and supply chains.

The revised risk-based ESCAS auditing requirements are scheduled to come into effect on April 1.

Exporters have been working with the DoA to develop the revised auditing system and have welcomed the long-awaited changes.

“This approach is consistent with the way conformance and QA systems operate.”

However, exporters also remain frustrated that the entire accountability for delivering welfare outcomes rests with exporters and exporters alone.

As many have noted, included welfare groups, this also makes it difficult for the DoA to take action at the source of breaches.

ALEC thinks further changes are needed to ensure that accountability for welfare standards includes all players in the supply chain, which it says is needed to drive further improvements in welfare outcomes.

“Australian law only allows for regulation of exporters, rather than facilities, so while we support the revised auditing system, we do not believe it goes far enough,” Ms Penfold said.

“That is why industry is working to build on its experience of the Exporter Supply Chain Assurance System (ESCAS) which has delivered significant improvements to the welfare of exported livestock as evidenced in the Australian Government’s recently released report.”

(See the report at this link http://www.agriculture.gov.au/export/live-animals/livestock/information-exporters-industry/escas/escas-report)

Ms Penfold said Australia’s livestock export industry has initiated, through an investment of industry levies and matching Australian Government funding, a research project to develop a global assurance program aimed at fostering world’s best practices in the welfare and management of livestock, applicable to any international market.

She said the development of a Livestock Global Assurance Program (LGAP) aimed to not only improve animal welfare for Australian livestock but would offer a means of improving welfare for livestock from any origin in any market around the world.

“LGAP seeks to advance on what has been achieved by ESCAS and address a number of criticisms of ESCAS, including but not limited to the consistency of welfare treatment and traceability in the inter audit period and the independence of auditors.

“LGAP represents a significant global effort, led by Australia, to improve animal welfare, livestock handling and slaughter, management and oversight of livestock in overseas markets. It is also forms part of the Australian livestock export industry’s commitment to continual improvement in its practices and ability to manage the welfare of livestock.”

More information on the LGAP as it is currently taking shape can be viewed in this short webinar video, produced by the MLA/LiveCorp Live Export Program.

Ms Penfold said LGAP is a still a research project and the program is still in development.

“It is under ongoing refinement, with in market pilots planned for later this year,” she said.

“We expect that LGAP, along with a range of other exciting research projects will assist industry improve welfare outcomes and better demonstrate industry accountability and transparency.”

The RSPCA has says the reforms announced yesterday will weaken “already minimal auditing processes” and restated its view that the live export trade is not humane, it is ‘cruel and unnecessary’.

The RSPCA released the following statement in response to the reforms this morning:

The changes to the system, termed ‘risk-based auditing’, will mean 30 per cent fewer visits to facilities by third party auditors, an increase in the length of time between audits, and a reduction in the level of scrutiny under ESCAS.

“These changes are completely unwarranted and are based on the false premise that the government has an understanding of the risk level of every overseas facility on its books.” said Heather Neil, RSPCA Australia CEO.

“It is only 2 years since the roll-out of ESCAS, far too short a time to build up enough information to understand the risks to animal welfare in facilities in countries that have no prior history of applying animal welfare standards.

“Risk-based auditing hasn’t even been implemented in Australian abattoirs where there is a government veterinarian on site every day.

The ESCAS system was brought in to provide the Australian public with an assurance that basic animal welfare standards would be required in all overseas facilities handling Australian animals.

“Our examination of the ESCAS auditing system has exposed a number of significant flaws which cast serious doubt on its credibility. The government should be acting to fix these problems, not wind back existing provisions.”

“With this announcement the government has made it clear that it is far more concerned about cutting back on regulation than it is on protecting animal welfare.

“In his enthusiasm to promote the live export trade, the Minister appears to have overlooked the fact that exported animals shipped overseas are subjected to cumulative stress and suffering, and most will also endure the pain of slaughter while fully conscious. The live export trade is not humane, it is cruel and unnecessary”