A CRIMINAL investigation into live sheep exporters Emanuel Exports and EMS Rural Exports in relation to losses during several shipments of sheep in 2017 has been dropped.

In a media release yesterday the Department of Agriculture said in April 2018 it had commenced an investigation into whether criminal offences had been committed in connection with a number of livestock export voyages on board the vessel Awassi Express during 2017. 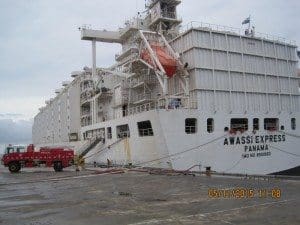 The conditions the livestock was subject to in the course of these voyages from Australia to the Middle East during the northern summer were the subject of media reporting. That reporting included video footage taken on board by a shipboard worker, the department said.

After a detailed investigation, the department submitted a brief of evidence to the Commonwealth Director of Public Prosecutions (CDPP) for consideration of whether the evidence obtained was sufficient to justify the prosecution of the export companies and company director involved.

Following careful consideration of all the available evidence in accordance with the Prosecution Policy of the Commonwealth, the CDPP concluded that it could not be satisfied that there were reasonable prospects of conviction of those alleged to have been involved, the department said today.

The department said the video footage, and circumstances surrounding the taking of the footage, played no part in the decision not to proceed. The decision and action to cancel the licences was taken by the department independently of the criminal investigation.