A new live export industry competition will connect northern Australian livestock producers to the Indonesian feedlots which finish their livestock.

The industry initiative is a milestone in the relationship between Australia and its largest export market, Indonesia.

The key objective of the competition is to evaluate the performance of Australian live cattle exports in Indonesian feedlots, to highlight the improvements made in Indonesia and to showcase the skill of the lotfeeders. 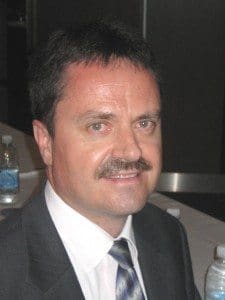 LiveCorp chairman David Galvin, who launched the competition, said it was an example of what could be achieved if Australia and Indonesia worked together.

“It is great to see Indonesian lotfeeders embracing innovations and striving to look after and feed Australian-bred cattle to such high standards,” Mr Galvin said.

“Indonesia is Australia’s largest live cattle export market, taking 746,193 head during the 2014-15 financial year and close to 500,000 head so far this year. Indonesia accounted for 54 percent of total Australian live cattle exports in 2014-15 and as such there is value in continuing to build the trading relationship,” Mr Galvin said.

“Recent research looking at Indonesian feedlot performance which compared F1 and Brahman steers that were fed for 121 days in Lampung in Indonesia, concluded the growth of steers in Indonesia was similar to that achieved in Australia, so we expect there to be some exceptional competition between the lotfeeders,” Mr Galvin said.

Competing feedlots will enter a team of 10 steers into the competition and will be judged on liveweight gain, visual assessment and suitability of the cattle to the market over 120 days of feeding.

Judging will be carried out early next year, with the winner to be announced at the Livestock Export Program Expo to be held in Indonesia in April 2016.

Indonesian lotfeeding was the focus of a panel session consisting of a number of Indonesian industry representatives.

The panel celebrated 50 years of lotfeeding in Indonesia and discussed how opportunities can be captured in to the future.

Common themes were the growing demand of beef and the importance of the relationship between Australia and Indonesia, and the live export industry as a whole to their economy.

“Indonesia is a great market for beef, as 80 percent of the population is Muslim, so pork is not a substitute,” TUM feedlot owner Wilson Hasan said.

“There is an increasing gap between supply and demand in Indonesia and I believe there is a big opportunity for Australia,” Mr Hasan said.

“The live export industry touches 125 industries in Indonesia and it is the biggest multiplier effect of any industry in Indonesia in terms of economic impact,” he said.