It would become illegal for beef processed from exported Australian cattle in another country to be sold and re-exported as “Australian product”, should a Private Members Bill introduced to Federal Parliament today be passed.

The Bill – see in full at this link – is being introduced by Federal Member for Mayo and Nick Xenophon Team member Rebekha Sharkie, with the support of the Member for Kennedy Bob Katter.

The Bill is understood to be a direct response to recent plans announced by Gina Rinehart to export 300,000 cattle per year to China.

The Private Members Bill seeks to safeguard the reputation of Australia’s beef industry as producers of safe ‘quality’ food, the Members told a press conference in Canberra this morning.

The group representing Australian meat processors, the Australian Meat Industry Council, also spoke in support of the legislation at the press conference.

AMIC General Manager, Processor Group, Patrick Hutchinson told Beef Central said the council had no role in developing the legislation, but agreed when asked by the Members to speak at their press conference, because their proposed legislation supported AMIC policy.

AMIC’s support for the legislation was not an attack on livestock exports, Mr Hutchinson said.

“Certainly our policy is to support live export in the competitive Australian market place in the purchase of livestock, we’ve always been supportive and continue to be so.

“But it is also our policy that Brand Australia is protected and sacrosanct, and therefore we believe that the only beef that should have the Australian brand applied to it is beef that is processed in Australia.”

‘This is purely and simply about the protection of Brand Australia.’

Australian meat processors shouldered the highest regulatory burden in the world, he said, and their investments in world leading processing standards should manifest into a world leading brand.

“And that is what Australian beef and sheep and goat is, a world leading brand that is clean and green and safe, and has the utmost in the protection of welfare of animals and staff that process the product.

“This is purely and simply about the protection of Brand Australia.” 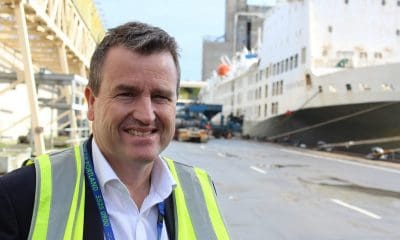 However, livestock exporters have labeled the proposal contained in today’s Private Members Bill as lacking merit.

“Livestock producers are rightly very proud to have the meat derived from their stock marketed as ‘Australian’ in our overseas markets, regardless of whether it is exported as a boxed product, a whole carcase or shipped live,” Mr Westaway said.

“Australia produces a range of world-class farm commodities which are exported prior to processing due to the specific demand of the importer. Nonetheless, they are still Australian products and it is incorrect to suggest that they cannot or should not be marketed as such.”

Australia’s livestock export trade was one of the nation’s top 10 agricultural exports, generating $2 billion annually in export returns and providing employment for up to 10,000 Australians per year, Mr Westaway said.

“The industry is a significant economic contributor by any measure. Any effort to deny our producers the right to have the beef from their cattle marketed as ‘Australian’ is wrong,” Mr Westaway said.

“When red meat from the live trade is marketed as ‘Australian’, we’re not just selling a commodity. We’re selling global best-practice animal welfare standards and the benefits of our significant investment in supply chain infrastructure and ongoing skills and training programs.”

Mr Westaway said Australia’s live trade is built on demand which is specifically for live Australian animals and, more broadly, for affordable sources of protein from a reliable supplier of a high-quality product.

“Australia’s red meat sector is best served by strong live export and boxed sectors, which together maximise opportunities for producers with a full range of market options,” he said.

“Our livestock and red meat supply chain draw much of its long-term resilience from the integrated way in which stakeholders cooperate. Such integration, which is a pillar of the national red meat sector’s strategic accord – the Meat Industry Strategic Plan 2020 (MISP 2020) – helps us to promote Australia’s red meat brand, and grow our overall production and value for the benefit of all stakeholders.

“With this in mind, all red meat industry stakeholders would agree that there needs to be more political attention paid to the removal of unnecessary regulatory costs and inefficiencies that challenge our productivity, curb innovation and compromise our competitiveness in overseas markets.”