Australian cattle exports increased to the highest monthly volume for over a year during October, with increased orders to Indonesia accounting for most of the additional volume. 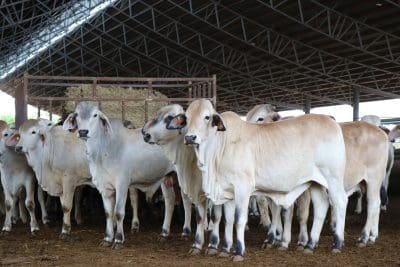 Latest data released from the Department of Agriculture, Fisheries and Forestry shows that Australia exported 65,076 cattle in October, well above the 47,588 shipped in September.

That was the highest monthly volume since August last year, but still about 27 percent below the rolling 5 year monthly average for October, which currently sits at 89,025 head.

Trade to Vietnam dropped to just 2488 head in October, 84pc below the five year average for the month.

Prices for northern export cattle are rising again as traditionally happens as supply tightens leading into the wet season.

Feedback from a range of trade sources suggests contracted prices onto boats have return to around the $5.20/kg liveweight mark for feeder steers from Darwin to Indonesia, which represents a rise of about 40c/kg over the past month.

The larger volume of cattle shipped to Indonesia in October is understood to be reflective of a number of factors including increasing vaccination rates against FMD in the country and initial demand for cattle to feed for the religious festival of Ramadan which runs from March 22 to April 21 next year, and a weakening AUD against the Indonesian Rupiah when these orders for October delivery were placed.

Exporters have also been working in recent months to source solid volumes of young cattle from established vendors to place on floodplains near Darwin, to ensure a good supply is available to the Indonesian market in the final months of the year.

In Vietnam, Dr Ross Ainsworth reported in his latest monthly update that importers are trapped between a domestic retail market which refuses to pay more (Vietnamese consumers already pay the highest price for beef of any country in SE Asia) and rising prices for Australian cattle.

“At the moment it seems to me that the only hope for importers is a major collapse in the AUD$ against the Vietnamese Dong. Considering the steady decline in the Chinese economy, this event could well become reality during 2023,” he wrote.

Exports to other destinations in October included 11,334 head to China, and the largest shipment of cattle to Israel for over a year, totalling 4852 head.

Live buffalo exports are on track to surpass 10,000 head in a calendar year for the third consecutive year, with 1411 shipped in October pushing the year-to-date total to 9686 head.

Indonesia, Sarawak, Brunei Darussalam, Malaysia and Sabah have been the main export markets for a range of feeder, breeder and slaughter buffalo from Australia so far this year.