Australia on track for another record live export year

Australian live cattle exports are on track to break another volume record in 2015.

Official shipping data to the end of August shows that Australia has already exported 100,000 more head of live cattle this year compared to the same period last year.

MLA chief economist Ben Thomas told the recent Teys Australia field day at its Condamine Feedlot that Australia exported 920,000 live cattle in the first eight months of this year, compared to 820,000 from January to August 2014.

“And it is unlikely to slow down into the final quarter of the year, especially with the potential 200,000 head going to Indonesia and the incredibly strong demand that we’re seeing from Vietnam,” Mr Thomas said.

Exports to Vietnam have grown more than 10 times in the past three years, surging from around 3000 head per year before 2012 to an anticipated 300,000 plus this year. 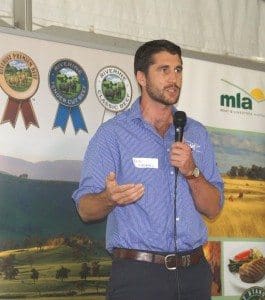 The large volumes of cattle being shipped north have contributed to the rapid liquidation of the Australian cattle herd in the past three years.

A combination of strong export demand for Australian beef and forced cattle turnoffs due to widespread and prolonged drought has pushed national weekly cattle kills towards 170,000-180,000 head per week in recent years, well above the long term average of 140,000 per week.

In effect it has taken just three years for Australia to from having its biggest cattle herd in over 30 years to now having its smallest herd in more than 20 years.

With female cattle representing 51-52pc of the kill in recent years, reducing the national breeding herd and impacting on the number of calves coming through, MLA is expecting Australia’s herd rebuild to occur slowly, with numbers not expected to return to the 28 million head mark until around 2020.

“To turn off 1.2 million head of live cattle at the same time as we slaughtered a record numbers as well, that only adds to how much more depleted the Australian cattle herd is becoming,” Mr Thomas told the recent Teys Australia field day.