Australian cattle exports to all major markets remained relatively strong throughout April according to the official monthly shipment data for the month. 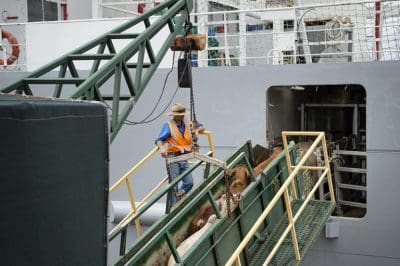 The total number of cattle exported to all destinations in April 2020 was 92,886 head, close to the 93,914 exported in the same month last year.

Shipments to Russia ahead of the northern hemisphere summer were strong with 14,318 feeder cattle exported from Portland and Fremantle during the month.

The Port of Townsville exported the highest number of cattle during the month, 27,671 head, compared to 18,253 from Darwin and 15,399 Portland (primarily feeder cattle to Russia and breeding cattle to China).

The April figures mean that for the moment Townsville has exported the highest number of cattle of all Australian ports so far this calendar year, shipping 105,670 for the first four months, just 75 cattle ahead of Darwin on 105,595.