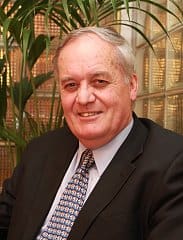 The Australian Livestock Exporters’ Council (ALEC) is searching for a new chairman following the decision by current chair Peter Kane not to seek a third term when the position becomes vacant in October this year.Mr Kane, a former Senior Trade Commissioner with Austrade before his retirement in 2009 was elected as only the second ALEC Chairman in October 2010.Speaking from his home in Canberra, Mr Kane said this was a difficult decision after four years at the helm of ALEC.“The livestock export trade has certainly presented its challenges over the past four years,” Mr Kane said.“I virtually landed in the Chairman’s role only months before “A Bloody Business” hit our TV screens and jumped into a baptism of fire while traversing the public furore created by that story, the impact of the Indonesian ban and the subsequent overhaul of the trade’s mode of operation.“It is testament to the tenacity and guts of exporters and their customers that the trade has rebounded as it has and with animal welfare assurance firmly entrenched as the backbone of industry operations.“While we still have many dilemmas relating to the massive in-markets changes brought about by implementing the world’s first animal welfare assurance system for livestock exports, industry has managed in the main to meet the requirements for exporting livestock set down by theGovernment.“ALEC members have risen to the challenge and in doing so set out on a path of global leadership that in the years to come I hope our nation will be rightly proud of.“For my end, I will miss working with industry players who tackle adversity with relish, who lead businesses that support the economic and social fabric of many rural and remote communities and who are committed to playing an important role in providing protein as a source of food security tonations around the world.“But I leave the position in the knowledge that the role of the livestock export sector in improving returns for our livestock producers and pastoralists is increasingly being understood.“The ALEC Board has begun the search for a new Chairman with the decision to be announced at the ALEC Annual General Meeting in Melbourne in late October. Mr Kane will continue as Chairman until that time.