Weekly genetics review: What are commercial producers paying for bulls? 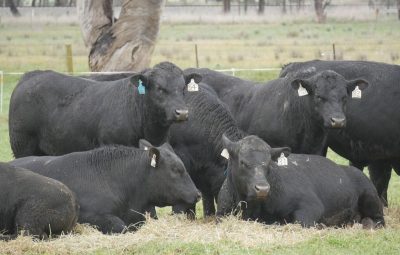 Commercial bull breeders are increasingly having to venture into the five figure range to fill their orders. Image: Angus Australia

Agents and vendors smile with relief when commercial cattle producers turn up at a sale looking for more than a couple of bulls.

Some buyers roll up every year looking for lines while others are not so regular with their buying patterns dictated by seasons, the number females that need to be joined and the ages in the bull paddock.

Confident commercial bull buyers, cashed up by the good cattle prices, appear to be setting their sights higher and forcing seedstock producers to bid higher for the top end genetics.

With some big catalogues of bulls coming forward in the next few weeks, especially in the north, Beef Central has looked for examples of commercial producers buying bulls in today’s market.

Last week’s Rennylea Angus sale at Culcairn NSW needed more than a couple of multi-bull buyers to clear 148 bulls for an average $9682.

One commercial buyer was David McKillop who manages ‘Yamalla’ at Greenthorpe in the New South Wales central west for Malcolm Sinclair. This long time Rennylea client took five bulls out of the catalogue at an average $9600 with a top of $11,000.

These bulls arrived at their new home after the district received 50 to 70mm of welcome August rain after a dry June-July. However, a couple of ‘screaming’ late winter frosts have dented pasture progress.

Yamalla has been buying Rennylea bulls for seven years and are “happy with what they’ve done” in the straight bred Angus herd of 530 cows that will calve down this year.

“We don’t buy ‘heifer bulls’ as such, we want good genetic gain in our replacement heifers”.

Their pattern has been to sell surplus females to restockers through AuctionsPlus but last year increased demand from beef grinders to supply the Angus brand burger market pushed many of the older cows went that way.

Steers are taken through to a 450kg liveweight average and sold direct to feedlots.

“We see the price we have to pay these days for our bulls (close to $10,000) as an indication of where the market is.” said Mr McKillop.

Initially, it was ‘pretty easy’ to improve the herd’s genetics (from a low base) but these days it is harder and harder to get that important genetic gain he said.

Don McCrae of Goondiwindi Qld and Walcha NSW took home seven bulls from Rennylea paying a top $16,500 and an average $13,143. This will bring to 54 the number of bulls introduced to his Bullseye Angus herd over the past five years, most from Rennylea and a few from Te Mania.

Over the past few years Bullseye has registered over 1000 Angus Commercial Register (ACR) non seedstock females to ‘keep an eye on the high performers’. McCrae stresses he is not a seedstock producer but purely a commercial producer aiming to generate a superior product.

At the ANC Charolais sale at Gulugaba Qld on August 25, 125 bulls averaged $6148. Demand came from northern breeders looking for a Charolais infusion into their Brahman based northern herds.

While the top priced ANC bull at $37,000 went to a stud (Bauhinia Park) commercial producers then took over.

The Slack-Smith family paid to $17,000 and an average $10,500 for six bulls for their Richmond and Julia Creek based Brahman herds while the Scotts’ Rosetta Station near Collinsville Qld paid an average of $6136 for 22 bulls to join bull battery servicing 15,000 Brahman influenced cows.

As the bull sales move north the range of bos Indicus genetics increases, vendors and agents will be looking for bulk buyers to put a floor on the market. And the going price could be close to the $10,000 mark or even more for the better bulls.