POLLEDNESS is a trait of increasing importance to beef producers for a multitude of reasons.

While animal welfare issues attached to dehorning are a key driver for some producers in involved with horned breeds to select for poll genetics, many are discovering the added benefits such as reduced labour costs, increased workplace health and safety, reduced bruising, and decreased animal losses. 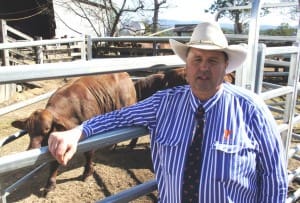 Yulgilbar Santa Gertrudis general manager Rob Sinnamon from near Grafton, NSW, is a strong advocate for increasing the poll influence.

At this year’s Yulgilbar bull sale (September 1) 70 of the stud’s 93 sale bulls are polls, representing 75 percent of the catalogue. That compares with just 13 percent polls at the 2003 sale, 14 years ago.

Through genetic selection, the Yulgilbar herd is now 80pc poll and this has been achieved without sacrificing productivity or performance, according to Mr Sinnamon.

“Animal welfare is the strong driver with mulesing an example of what the livestock industry can expect,” he said.

“One less job in the calf cradle as well as less bruising and hide damage”.

Yulgilbar uses the Zoetis HornPoll DNA test to identify and select homozygous polled animals to reduce the number of horned animals in the herd over time. The ultimate aim is to get to 100pc.

According to Paul Williams from Tropical Beef Technology Services breeding polled cattle provides a permanent solution to many of the problems associated with horned cattle, including easier handling of stock, less bruising, reduced risk of injury to stock handlers, reduced labour costs and fewer concerns regarding the animal welfare issues associated with dehorning. 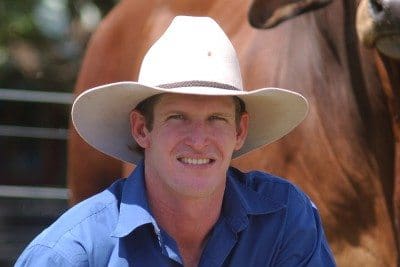 Central Queensland’s Ashley Kirk of Rockley Brahman Stud says that polled genetics is an increasingly common topic of discussion at sales and producer events he attends.

According to Mr Kirk, it’s difficult to ignore the fact that sale toppers in the Brahman breed are frequently polled.

“For us, the top prices at our last three auction sales were for polled animals. There’s clearly a growing premium being paid for polled.”

But Mr Kirk warns that breeding for polled cattle is not as straightforward as it may seem – there’s more to it than simply breeding from animals with visible polled heads.

“The most accurate tool to date is the DNA-based Australian Poll Gene Marker test, which enables producers to transition to a polled herd over a period of time.”

Rockley uses both polled males and females and view polled cattle as a ‘bonus’.

“We are blessed to have a strong influence of polled genetics tracing back to our polled Shorthorn base, many years ago,” he said.

As the gene pool widens at a rapid pace within the Red Brahman breed, Rockley’s aim is for all joinings to produce homozygous polled animals (PP) or ‘true polled’. This is big-picture thinking and will take time for a stud that sells 150 bulls a year, including an elite line at Rockhampton’s Brahman Week in October.

“At Rockley our commitment is to finding and continually fine-tuning a balance among the genetic traits we want to see in our cattle. It’s well known that selecting for a single trait can be problematic. We are very aware that certain undesirable traits can creep in when you focus solely on polled cattle. Traits that we keep particularly in mind when selecting polled animals are navels, bone and width behind the hump.

“Until our herd is 100pc polled, our policy and practices for dehorning reflect our years of experience and a commitment to animal welfare. Calves we believe are horned are dehorned as soon as possible to minimise stress. We also use pain relief when dehorning, branding and castrating, which are all done at the same time,” Mr Kirk said.