AFTER a strong start to the Autumn bull selling season in southern Australia, very dry seasonal conditions and a lack of buyers from the pastoral regions of South Australia and NT have combined to see lower average prices recorded over the last month.

However the overall result for 2018 probably exceeded expectations. 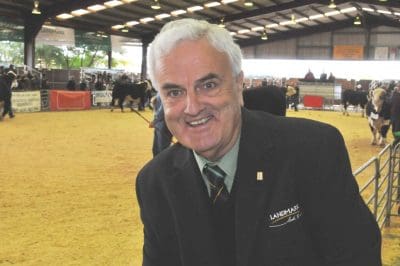 “Average prices eased off a bit during April, but overall averages were nearly equal to last year, and way stronger than two years ago,” Mr Atwell said.

His comments were echoed by Victorian Elders stud stock agent, Ross Milne who said that the early sales, particularly, were very strong for both clearances and averages. “Some sales later in the season were back a bit due to the dry autumn and the lack of buying support from the pastoral regions,” Mr Milne said.

Landmark stud stock agent, Gordon Wood, based in South Australia said that in general average prices in his region were a little down on last year reflecting slaughter cattle prices and the season in general. “We faced a few challenges this year that we did not face 12 months ago, but I was very pleased with the overall result,” Mr Wood said.

Roberts stud stock agent in Tasmania, Jock Gibson said the autumn sales were generally very good in Tasmania but clearances and averages were down a little on last year. “Overall bull sellers were very happy with the results of their sales,” he said.

Here’s a quick snapshot of how each major breed performed over the autumn sales period:

Topping the Angus averages at $10,208 for 65 bulls was Many Peaks stud, Koojan Hills with the Albany based stud, Coonamble stud not far behind at $10,100 for 80 bulls.

There were three very strong sales for the Shorthorn breed in late Autumn. Leading the way was Wagga Wagga based Sprys which last week sold 39 bulls to a top of $38,000 and an average of $9410.

Belmore Shorthorns in South Australia also sold last week clearing 44 bulls at auction to a top of $28,000 and an average of $6976. Earlier in the month the Naracoorte multi-vendor Shorthorn sale sold 32 bulls to a top of $12,000 averaging $6250.

Setting a new record high price for the stud of $26,000 and a record average price of $8202 for 37 Charolais bulls was the Mount William Charolais stud in Victoria. Ascot Charolais, Warwick, Qld, recently had a complete clearance of 27 bulls to a top of $16,000 averaging $7037.

Still to come at the end of the Autumn sales are the Limousin National sale in Wodonga this Friday, the Elite Wagyu sale held as part of the National Wagyu Conference in Mackay on May 4, some significant sales at Beef 2018 and two major Hereford sales in the south.

The Elite Wagyu Sale to be held on Friday May 4 at Mackay will offer 83 lots including 29 bulls, 15 females, 23 embryo lots and 16 semen lots is sure to attract international and Australian interest. The sale will be a live auction interfaced with Auctions Plus at the conference venue, the Mackay Entertainment and Convention Centre.

Also at Beef 2018, Telpara Hills Brangus Elite Genetics Sale will offer bulls, females and embryos at 4pm on Tuesday May 8, and on the same day there will be a Droughtmaster Leading Ladies and Genetics Sale.

The Wodonga National Hereford Show and Sale which will offer 207 lots featuring a combination of  82 horned and 125 polled or polled/scurred bulls will be held on May  16 and 17. Last year 155 bulls were sold for an average of $10,045 demonstrating the importance of this sale to Hereford breeders.

The Dubbo National Hereford Show and Sale which will offer 115 polled or polled/scurred bulls is scheduled for June 5 and 6.  Last year at this sale 80 bulls sold for an average of $9287 also making it an important sale in the Hereford calendar. 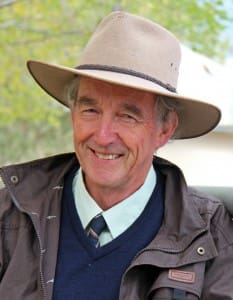 Beef Central’s genetics editor Alex McDonald will be attending Beef 2018 in Rockhampton next week, and will be filing later reports on the highlights from the event, from a genetics perspective.

In the meantime, we are commencing research into upcoming spring bull sales, Australia-wide for inclusion in our popular “Upcoming sales” searchable summaries (click here to access). Studmasters are encouraged to forward their 2018 spring sale dates and relevant details for inclusion in our summary, using this form. This is a free service.