THERE’s an Estimated Breeding Value (EBV) for just about everything these days.

Gestation Length (GL) is one that doesn’t seem to rate as highly as others, but is associated with lighter birth weights, improved calving ease and faster re-breeding. Gestation Length EBVs are estimates of genetic differences between animals in the length of time from the date of conception to the birth of the calf.

Calves born from a shorter gestation period may be heavier at weaning due to more days of growth.

The generally accepted gestation (pregnancy) period in beef cattle in Australia and most overseas countries is 283 days, but a New Zealand farmer-owned artificial breeding cooperative is marketing short gestation length (SGL) Hereford and Angus semen that can shorten the gestation length by a massive 10 days.

The NZ cooperative, LIC, claims the gestation length trait is a highly heritable 48pc in progeny, and that’s a big number.

In addition, American research indicates that cows calving in early autumn can have a gestation length of up to six days shorter than cows that calve two months later in late autumn. There doesn’t seem to be much work done on this aspect in Australia. 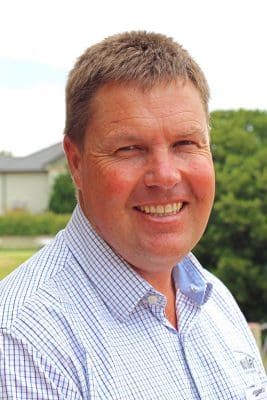 Hereford Australia’s Alex Ball said selection for lower birth weight and shorter gestation length were complementary, and that gestation length in Australian Hereford cattle had “probably decreased by three or four days over the past 10 years.”

Age of cow and sex of calf can also affect gestation length.

While it is generally accepted that Angus have a lower gestation length than Herefords and some other breeds, Beef Central found some 74-year-old irrelevant but interesting statistics that indicate industry gestation length benchmark was then 283 days, and that hasn’t changed to this day.

In 1943, the American study found that Herefords had a gestation period of 289 days, Aberdeen Angus, as they were known then, 272.8 days and unsurprisingly, a Hereford X Aberdeen Angus 281 days. The phenotypes and the genotypes of these two most popular traditional breeds have changed dramatically over the past 74 years. Maybe some ‘belt buckle’ types skewed that historical data.

The OSU used data from two years from a herd of 60 Angus x Hereford cows artificially inseminated to provide early and late autumn calving groups. Semen from the same bull was used for all cows which were exposed to a single clean-up bull for 35 days, from four days after the AI.

The average maximum temperature in the week before calving for the early group was 32C while for the late group, 18C. The calf survival rate for all calves was 100pc with re-breeding 90pc and 92pc respectively.

The researchers pointed out that these figures are ‘averages’ meaning that around half the cows could have calved earlier than the gestation days suggested.

Stats on millions of cows

The Australian EBVs for Gestation Length are calculated using the joining date and the calving date. Only AI and hand joinings are used. Natural joinings are not used even though they may be observed. It cannot be guaranteed that the observed mating resulted in the calf.

LIC also warns that its SGL Angus and Hereford bulls are specially-bred for their gestation length. They protect their investment in SGL genetics by banning the retention of progeny as herd replacements or for breeding. The collection of genetic material from cattle carrying their SGL genetics is also banned. That’s real terminal breeding.