Weekly genetics review: Selection for temperament has a positive impact on fertility TEMPERAMENT is commonly cited to me as one of the key selection criteria when I speak with producers.

It’s certainly not uncommon to hear the comment, “There’s no place for stirry cattle in my mob” passed at field days and in selection workshops.

The association with poor temperament is generally in line with issues around safety in handling cattle, the impact on other cattle within a group and importantly, the issues associated with stress and reduced eating quality outcomes.

Certainly the work conducted as part of Meat Standards Australia highlighted the issues with high pH levels as a result of pre-slaughter stress. Many producers have used this research to improve their selection on cattle for behaviour and temperament.

The developments of EBVs that are targeted towards temperament include both a Docility EBV and a Trial EBV for Flight Time in Brahmans.

These EBVs recognise the genetic influence on temperament. Docility EBVs are developed recording the behaviours of animals either in a crush or yard. Animals are recorded on a score ranging from 1 (Docile) through to 5 (Aggressive).

The increased level of reaction from Docile is recorded as 2 – Restless, 3 – Nervous and 4 – Flighty. Each of these scores has its own set of descriptions.  As an EBV, docility is recorded as a positive trait, and animals that have less acceptable levels of docility will have more negative EBVs.

Within the Brahman breed, the trial EBV for flight time, recorded in seconds, is used to identify genetic differences between animals. Flight Time EBVs are expressed as differences in the number of seconds taken for an animal to travel approximately two metres after leaving the crush.  Higher (i.e. longer) EBVs are more favorable, indicating relatively longer time taken to exit the crush and hence relatively better temperament.

For many producers, their considerations associated with temperament have been on the impact on eating quality and handling in the yards. Many producers have also expressed their belief that they don’t really need to be that concerned, as they always cull the stirry ones.

However the impact of temperament extends beyond the issue of eating quality. A large amount of research has been done, particularly in the US, to assess the impact varying levels of temperament has on productivity and fertility. The studies compared both Bos Taurus breeds (Angus) and Bos Indicus breeds (Brahman) and Angus and Brahman cross cattle.

Cattle were assessed using the Docility Scores and Flight Speed recording system to determine the levels of temperament within the research groups. 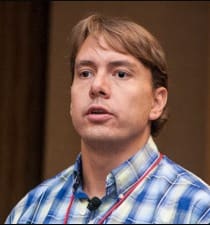 It was found that cattle with acceptable temperament (those that had slow flight speeds or were classed with a docility score of 1-3) in general had higher levels of conception, calving and weaning. The study identified these observations were repeated across breeds.

As part of the research, comparisons were made on the impact that handling had on animals as both heifers and as mature cows. The impact handling at a young age had was extremely noticeable, with heifers having greater response to positive handling and as a consequence an improved level of temperament.

This was then an influence on conception and weaning. In contrast handling had no impact on mature cows.

The research and review conducted by Prof Cooke, emphasised that the differences in fertility levels between cattle with acceptable temperament (scores 1, 2 or 3) versus excitable cattle (4 or 5) was applicable across breeds, and was not significantly different for cattle mated naturally or through AI. It also highlighted that nutrition was also not a cause for the lower fertility levels.

An additional outcome from the research was the ongoing impact temperament had on the performance of steers in finishing programs. While much focus on temperament has been on eating quality, it’s now known that steers with excitable temperament had reduced Average Daily Gain over a 109-day feedlot program and greater incidence of carcase bruising at slaughter.

While this result had been found in Bos Indicus steers, new work identified that Bos Taurus feeder cattle with excitable temperament had both reduced liveweight at weaning and feedlot entry as well as lower carcase weight when compared to cattle with acceptable temperament scores. This highlights in the steer potion of a herd, temperament impacts liveweight throughout their life.

This research provides some useful advice for producers focusing on improving fertility and achieving better results from sale progeny.

Setting an objective standard for temperament, either using the basic criteria of pen or crush score can be a strong starting point for any herd.  Cattle with scores of 4 or 5 can be considered excitable and for many reasons, safety, handling, stress and now fertility can be the target for removal.

However longer term investing in genetics with greater docility or slower flight times will help move the herd towards more acceptable temperament levels and ultimately more profitable and productive levels.