A MILLION dollar gross for an on-property single-vendor bull sale was unheard of just a few years ago, but we’ve had four that have already topped the seven-figure mark this year since the start of August.

And last week, the Munro family’s Booroomooka Angus sale at Bingara, NSW, not only topped hit that benchmark but went over $2 million gross for the second year in a row.

Last year’s Booroomooka sale turned over $2.07 million for 220 bulls at an average $9400, up 40 percent on the year before. That gross was claimed to be the highest for a single vendor bull sale ever in Australia.

Buyers came from all over to bid with enthusiasm. The sale kicked off just after Noon, and it was all over at 3:01pm, knocking-down a bull every 50 seconds.

Australia’s top single-vendor bull sale has been conducted by the north west New South Wales Ruralco-aligned agency, Davidson Cameron & Co for the past ten years, and is one of only a dozen stud stock sales the company handles each season, according to general manager Paul Scicluna who led the auctioneering team which included Tom Tanner and Daniel McCulloch.

“This sale has grown from 100 bulls to be the nation’s biggest – and this year bulls sold to four states and the Northern Territory,” Mr Scicluna said. Booroomooka’s Sinclair Munro (second from right) with the Davidson Cameron and Co auctioneers that sold 227 bulls at the rate on one every 50 seconds, Tom Tanner, Luke Scicluna and Daniel McCulloch.

The packed spring sale schedule was well demonstrated on Friday (August 18) when 10 bull sales were held across eastern Australia, including four Angus fixtures.

Other sales of note, so far in August have included:

August – could it see $30 million in bull sales?

It’s no overstatement to suggest that August has been a big month for bull sales.

Predictions are that August’s 82 bull sales will put more than $30 million into seedstock producers’ bank accounts. These are figures never before seen in Australia’s beef seedstock industry.

The only complete list of bull auction sales (upcoming and results) covering all states and all breeds can be found on Genetics Central. Click here to view.

94 sales for September, but dry weather further north a concern

But it’s far from over yet. In September, with 94 sales listed on our schedule, the main focus moves north to Queensland, with a smaller circuit for spring sales in Victoria and the Riverina.

As the sales move north, the winter rains stay in the south and that is of concern according to agents.

Victoria, the Riverina and much of South Australia look like having a good spring. Further north, however, failed oats crops and lack of rain have bull vendors, potential buyers and agents scanning the skies and the weather forecasts looking for rain.

Here’s what the studstock agents say about that: 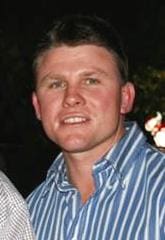 “There’s still some feed in the path left by cyclone Debbie, and the bulls catalogued are as good as we have seen,” Landmark Toowoomba’s Colby Ede said.

“The season is a bit tough up here (Queensland) and I can’t see we will have the sale results that northern NSW has had, so there will be plenty of great opportunities for buyers,” he said.

GDL’s Harvey Weyman Jones said he was looking forward to good sales at Burenda Angus and ANC Charolais next week, and the tropical breed sales in September and October – but agreed the season was starting to bite. 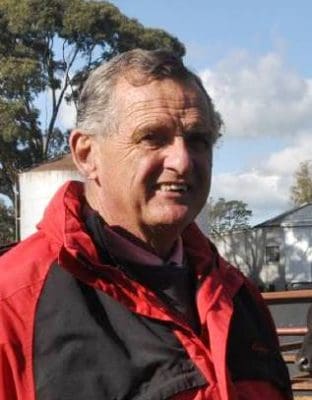 Commenting on the prospects for the southern region’s spring sales, he said that reputable studs with good track records and a loyal buyer base could expect to clear 50 to 60 bulls at an average in the $7000-$8000 area. Studs without that reliable buyer base could be struggling, as the northern buyers looking for lines of 15 to 20 bulls might not be around.

He used Yalgoo Herefords as an example of an operation that combined good cattle, a strong reputation and credible marketing and a stable client base that generated good demand. See Yalgoo’s result  in dot-points above.

One feature Mr McGeogh has noted this year is a renewed zeal for, and interest in carcase EBVs.

While carcase EBVs were “certainly pushing demand at the moment”, he cautioned bull breeders and buyers not to forget constitution, fertility and weight for age.

He also warned vendors not to expect ‘walk-up sales’.

“While Angus are selling well, reflecting female numbers, Angus breeders not at the top of their game cannot expect the demand experienced by industry leaders,” he said.

“Have gavel, will travel”

Agent and auctioneer Paul Dooley is set for a busy time as the sales move north, and has a full book over the next couple of weeks. This independent operator, who was with Elders for 30 years, said most sales these days had an upset price of $4000, but there haven’t been a lot of bulls selling for $4000 with commercial buyers prepared to go to the $12,000 to $14,000 mark – somewhere they were not prepared to go a couple of years ago.

Mr Dooley was not too concerned about the falling commercial cattle prices at present. “The odd sale is a bit tougher than earlier, but bull sales are not about what’s happened in the commercial market in the past couple of weeks – a long term view is the way to go,” he said.

Further south where the season is more favourable, another ‘have gavel will travel’ auctioneer and agent, Michael Glasser, expects the southern spring bull sales should be ‘solid on last year, can’t see a great lift.’

He also hadn’t noticed any effect of lower commercial cattle prices. “Seedstock demand follows the commercial market by 12 to 18 months, both on the way down and the way up,” he said.

“We’ve just completed a strong ram selling season and the first couple of spring bull sales have also been strong,” he said.

“We have green grass in Victoria, the Riverina and South Australia and we’d expect spring bull prices to be equal to the autumn prices seen, with good clearances.”

He said buyers can expect upset prices to remain around the $4000 mark with some at $3500 with vendors keen to achieve good clearances.

In summary, steady as she goes in the south with the north tipping slightly in buyers’ favour. But if it rains up there, watch out!