AS any cattle breeder knows, fertility within beef enterprises is a significant contributor to profitability.

As a profit driver, it underpins the number of calves born and reared annually.

Fertility is often considered only in measures such as pregnancy rates, calving percentage and weaning rate.  While these measures of fertility are essential enterprise benchmarks, producers should look further into their herd to consider other ways to influence and improve performance in this significant area.

Across the bull sales underway this spring, a lot of attention will be given to traits such as Birth Weight and Calving Ease EBVs.

These traits will have a direct impact on next year’s calving rates, and with more than the usual number of heifers being joined, there is rightly a lot of focus placed on them.  However, there are additional genetic traits producers can include within their appraisals. One of the key traits is Gestation Length.

Often this EBV is one that gains slightly less attention from producers seeking bulls, however there are significant advantages to be gained for a program through shorter gestation lengths.  The actual EBV is an estimate of genetic differences between animals in the length of time from the date of conception to the birth of the calf.

The Gestation Length EBVs are calculated from both the joining date and date of birth records for calves conceived by either artificial insemination or hand mating, and/ or genomic information where available, and are expressed in day units.

Nominally cattle have a gestation period of 282 days. In practical terms, for producers aiming to achieve a calf every 12 months, this period of time has additional implications on successful rebreeding for the following year.

Following calving, it generally takes a cow around 50 days to return to oestrus. Within a time frame of 365 days, the length of joining and return to oestrus often leaves only a small window – in the order of 33 days for a cow to successfully reconceive in order to achieve the target of a calf every year.

The opportunity to manipulate this window is largely dependent on environmental factors -principally nutrition and its flow-on effect on cow condition score.

Cattle in lighter condition generally take longer to return to oestrus. At the same time, the intake of energy per day directly influences both lactation and hormonal responses which trigger oestrus. These areas are the focus of tactical decisions made by producers in their daily management activities.

Genetically, the traits impacting fertility tend to be more lowly heritable, with the environment often exerting the greatest influence on how the traits are expressed physically. However, there is an opportunity to use genetics to direct fertility towards more favourable outcomes, which combined with tactical decisions can offer a better fertility outcome across a herd. 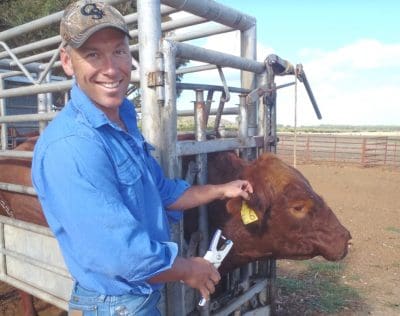 Dr Enoch Bergman from Esperance recently highlighted the impact selection for shorter gestation length could have on a breeding herd.

In a presentation at Beef 2021, Dr Bergman demonstrated that selection of Angus bulls which had Gestation Length EBVs in the top 1pc of the breed had a significant impact in commercial herds. Combined with Fixed Time AI, the three years of data presented by Dr Bergman showed that gestation length had on average been shortened by eight days.

The impact of this reduction provided greater chances to rejoin females and increase conception rates within herds.

Birth weight is also significantly impacted by gestation length. US research published by the University of Missouri suggests that as gestation length increases, so too does birth weight.  The increase can fall between between 0.13kg and 0.36kg a day.

Given that birth weight remains the most associated trait with calving difficulty, a shorter gestation length is a trait that should be considered as closely as birth weight EBVs.

While fertility traits such as conception and days to calving have lower levels of heritability, gestation length is considered to be moderately heritable in both temperate and tropical breeds.

As identified earlier, a key benchmark for fertility in herds is calving rate and weaning rate.  Increasing the number of calves successfully born through reduced levels of calving difficulty, along with increased levels of conception are two direct ways to lift these herd benchmarks.  Building in the genetics for shorter gestation length is a practical way to achieve this change.

Ideally, as producers assess this season’s offering of sale bulls, the recommended approach would be to choose the sires best suited to a program using the Breed Index values. Within this list, producers can fine-tune their selections to rank the sires with the shorter Gestation length EBVs, along with lower Birth Weight and higher Calving Ease.

This process can certainly assist in making choices on bulls that will aid producers address their fertility levels longer term.