ANIMAL scientists have announced the discovery of a new set of detailed genetic markers and information in African cattle that are associated with valuable traits, such as heat and drought tolerance, the capacity to control inflammation and tick infestations, and resistance to livestock diseases like trypanosomiasis.

The findings, published in the October issue of Nature Genetics, emerged from a collaborative  effort to sequence the genomes of 172 indigenous African cattle by scientists at the International Livestock Research Institute, working with universities in Europe and Asia. 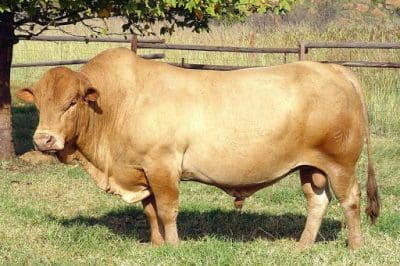 The research team wanted to learn how – after spending thousands of years confined to a shifting patchwork of sub-regions in Africa – local cattle rapidly evolved during the last millennia with traits that allowed them to thrive across the continent.

“We believe these insights can be used to breed a new generation of African cattle that have some of the qualities of British and European livestock, which produce more milk and meat per animal, but with the rich mosaic of traits that make African cattle more resilient and sustainable,” said Olivier Hanotte, principal scientist at ILRI and professor of genetics at the UK’s University of Nottingham, who led the work at ILRI.

Australia has had a long history of engagement with African cattle breeds. Some believe the first cattle in Australia were the Afrikaner breed, collected from Cape Town and brought here on the First Fleet in 1777.

Afrikaner (sometimes spelt Africander), were part of the composite used by CSIRO in the 1960s to produce Australia’s Belmont Red breed, combining adaptation and meat quality, still popular today. CSIRO was also responsible for the selection and importation of Africa’s Tuli (tropically-adapted Bos Taurus) and Boran (Bos Indicus) breeds to Australia in 1992. While Boran cattle never found commercial favour in Australia, Tuli were adopted in composite breeding programs, most notably by the North Australian Pastoral Co.

Professor Shaun Coffey, the director of capacity building with the Crawford Fund, and the foundation chief of the CSIRO division of livestock industries, said the research paper had potential impacts far beyond Africa.

“The new gene markers for traits, such as heat and drought tolerance, will be of enormous value in future Australian breeding programs,” he said.

Research leader Dr Hanotte and his colleagues engaged in a sort of “genomic time travel” that, for the first time, allowed scientists to retrace the genetic journey that has made African cattle so adaptable.

They discovered what co-author Steve Kemp, leader of ILRI’s LiveGene program, described as an “evolutionary jolt” that occurred 750 to 1050 years ago: the arrival of Asian cattle breeds in East Africa carrying genetic traits that would make cattle production possible in diverse and demanding African environments.

The genome sequencing work yielded evidence that Indigenous pastoralist herders began breeding the Asian cattle, known as Zebu, with local breeds of cattle known as Taurine. In particular, the Zebu offered traits that would allow cattle to survive in hot, dry climates typical in the Horn of Africa. But by crossing the two, the new animals that emerged also retained the capacity of the Taurines to endure humid climates where vector-borne diseases like trypanosomiasis are common.

It is now important to use the full range of natural genetic endowments that have made African cattle so resilient to sustainably meet Africa’s surging demand for milk and meat, while minimising any negative impacts of increased livestock production.

For many households in Africa, and especially the poorest, cattle continue to be a family’s most valuable asset. They provide a critical source of protein and micro-nutrients alongside income to pay for things like school fees. They also provide manure for crops, and some African cattle breeds can survive in conditions that can’t support food crops, offering farmers a potential adaptation strategy for coping with climate change.

“We’re fortunate that pastoralists are such skilled breeders,” Dr Hanotte said. “They left a valuable roadmap for efforts underway at ILRI and elsewhere to balance livestock productivity in Africa with resilience and sustainability.”

“You can see from studying the genomes of Indigenous cattle that breeding for environmental adaptation has been the key to successful livestock production in Africa,” Dr Kemp said. “And that has to be the factored in our future efforts to develop more productive, more sustainable animals. If the goal is pure productivity, you’re doomed to fail.”

“The focus on breeding for resilience that guided past efforts provides a touchstone for future work to chart a sustainable path for livestock production in sub-Saharan Africa.”