AUSTRALIAN seedstock producer Palgrove has announced the formation of an alliance with GeneTrust, a large-scale US-based seedstock cattle company.

GeneTrust  LLC is a leading supplier of Brangus and Ultrablack genetics in the United States.  Consistently ranked among the top 20 seedstock suppliers in the US, GeneTrust markets more than 700 bulls annually. The business consistently produces the leading sire in registrations with the International Brangus Breeders Association. The group’s influence has spread worldwide as sales of their semen and embryos has reach throughout South America, Africa and Australia. 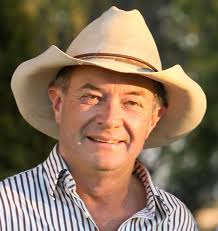 Palgrove has built a strong reputation for its Charolais genetics over many decades and is fast becoming a leading supplier of Brangus and Ultrablack genetics in Australia. The stud sells more than 900 bulls a year with production expanding rapidly.

“Palgrove’s approach to the breeding and supply of Brangus/Ultrablack cattle has been consistent with a long-established breeding philosophy of producing top quality seedstock for Australian producers,” said Palgrove CEO, David Bondfield.

“Our team is excited about the potential of this new alliance with GeneTrust. We have identified GeneTrust as producers with a shared breeding philosophy. We are both focused on producing phenotypically correct cattle that excel in their environment reproductively and structurally, while still maintaining the performance and carcase merit that the marketplace demands,” he said.

The alliance will provide Palgrove with early access to GeneTrust genetics for use across its growing stud and commercial herds. It will enable Palgrove to evaluate the suitability of the progeny for Australian conditions and markets. The result will be that Australian Brangus and Ultrablack breeders will have a direct commercial evaluation of a sire’s impact on breeding outcomes.

Mr Bondfield believes that the suitability of type and constitution can’t be accurately evaluated by simply looking at a photo or objective data in a semen catalogue. “We plan to provide verification of the bulls by personally inspecting and then using these bulls in our own herd to identify the best genetic fit for Australian conditions prior to release onto the semen market,” Mr Bondfield said.

The alliance will also provide a platform for performance data to be shared with GeneTrust in the US to enhance fertility, weight and carcase EPD information in the future.